Just a few days ago TheDiamondMinecart who is a popular Youtubers released a video of him playing a simple game called Hyper Loop. As a result, wilco375, recreated the minigame for Minecraft Pocket Edition. In the game you control a gold block and try to avoid the stone blocks which will be coming at you. At the same time your score increases the difficulty and speed of the game will increase.

Type /hypertunnel start in the chat to start the game. Make sure the surrounding area is flat, preferably do it in a flat world.

Your screen and viewing angle will be freezed to one position and in front of you the game will appear. Control the gold block by using the up and down controller keys. The objective is to avoid running into the stone blocks which will come faster at you as your score increases.

When we tested the game we reached a score of 438, try and see if you can exceed it! Be sure to let us know in the comments if you do. 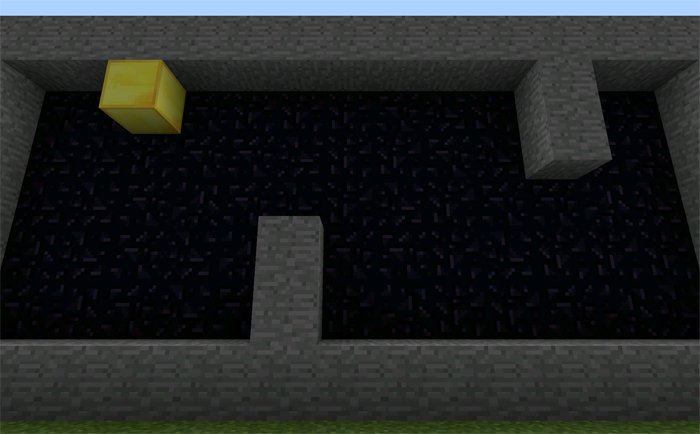