This minigame has been built during a period of two months and the end result is a fully functional (and for the most part automatic) Ice Hockey minigame. To make some of these things possible an add-on is included which replaces the rabbit with a puck, swords with hockey sticks and so on. It’s a really well made minigame which is best played together with friends. If you like ice hockey, or just sports in general, then give it a try!

As there are two different teams in ice hockey this map is recommended for minimum two players. Find the locker room and select a team by putting on the gear of that team.

Each hockey stick has a different knockback effect so it’s best if you decide beforehand which type to use.

If you’re more than two players who will play then one of you can be the referee. His task is to make sure no one cheats. And if they do, punish their team for it.

Go out on the ice rink once you are ready and meet up the other team in the center. There should be a puck on the ice by default. But if there for some reason isn’t then you’ll need to spawn one using the Puck Spawn Egg.

Initiate a countdown from 10 (preferably by using the text chat) and then let the game begin! 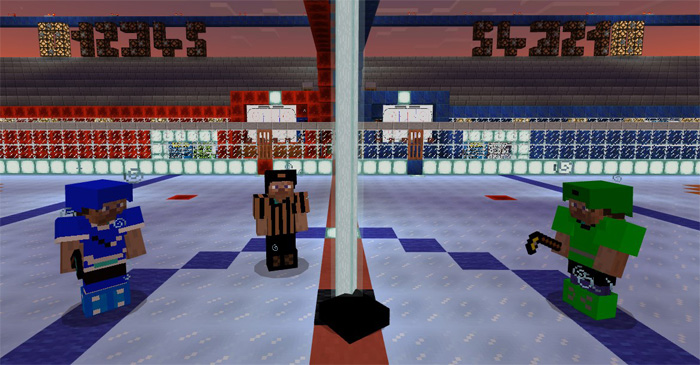 You can hit the puck with your ice hockey stick.

The ultimate objective for each team is to score goals (and making sure the opposite team doesn’t score). You’ll be notified if a team scored. There is no automatic score counting system currently so you will need to keep track of the score yourself.

The puck is automatically processed by the redstone system and then returned to the center of the ice hockey arena. Just hit the minecart once it gets there. 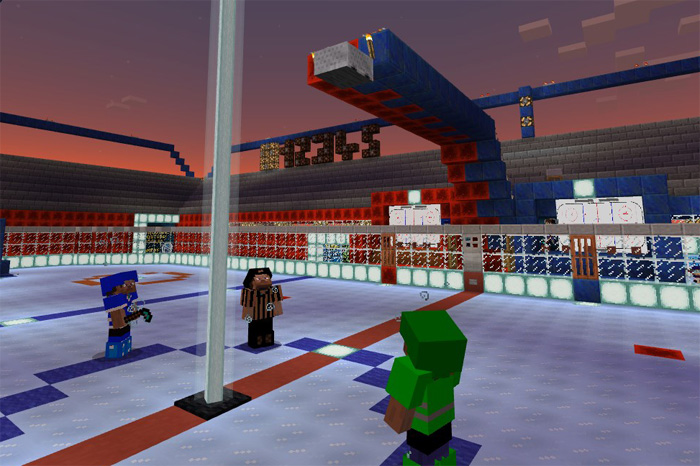 Place the puck in the center of the arena. You’ll need to walk towards it and push it to do so. 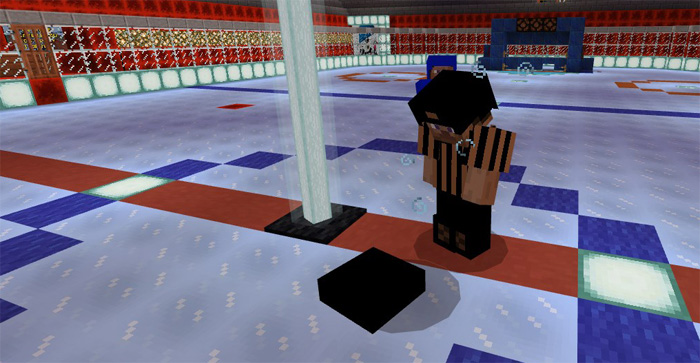 Players are never allowed to hit anyone of the opposite team. If anyone is seen doing that (intentionally) then he or she needs to be placed in a penalty box and stay there for 1 minute.

Have fun out on the ice!