IKEA, the world known furniture company, and Mojang, the founding company of Minecraft, got several things in common. One being that both of the companies were founded by Swedes. Another being that both of the companies are worth billions of dollars. It’s definitely two companies which every Swede likes to point out the fact that they were founded in their country, and why shouldn’t they be proud? It’s two very interesting and successful businesses.

In this map you will find a recreation of an IKEA store. It’s not a replica of a specific store but since most of them look pretty much the same you will see common similarities to this creation and real life IKEA stores. It’s built in the typical blocky and airy design and let’s not forget about the enormous IKEA sign which is positioned on the outside of the store. 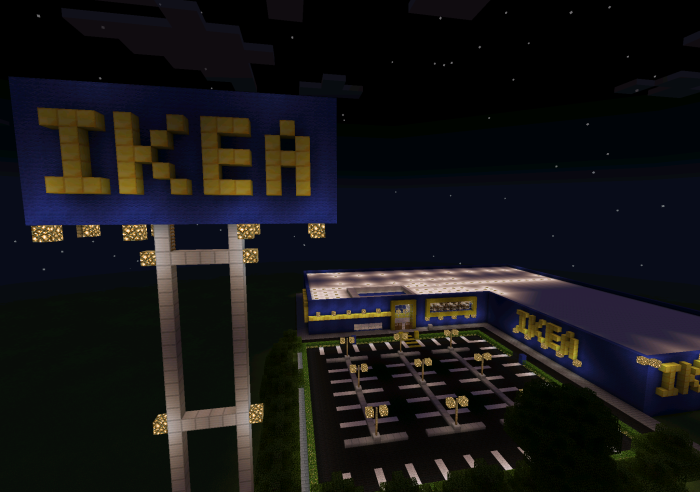