The Ikelos City project is the culmination of almost 5 years of planning, building and revising. It features a clean futuristic theme, with quartz being the most abundant block in the entire world (Other than Grass and Water). The base world type is a custom superflat, but it has been extended with artificial oceans and terrain. There are distinct named regions, and special attention was given to road networks as well as public transit.

The World Hub: The Suros Building 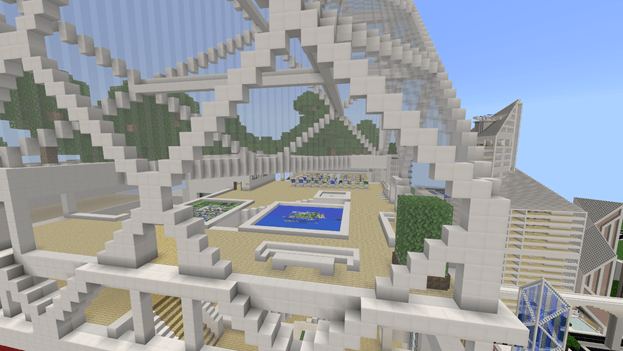 The Suros Building is a skyscraper in the central city region, located almost exactly at the center of the world (Coordinates 0,0). It topmost floor hosts various maps and a suite of labeled teleporters. The top floor also hosts various curiosities and decorations, but its main purpose is for planning and using the teleporters. Whenever you see a Gold Pressure plate, note that it will lead to this building. 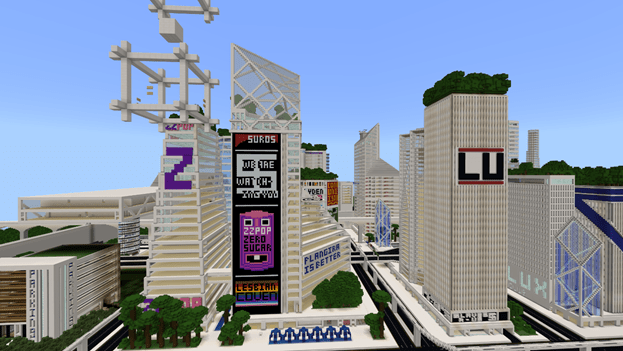 Central City is the oldest region in the world, which is not readily apparent as it has undergone a complete remodeling in the past year. Notable landmarks are the Suros Building, The Ikelos Transit Centre, Palisade Blade 02(Easter egg for those Desu Ex Players) and Central City Park. 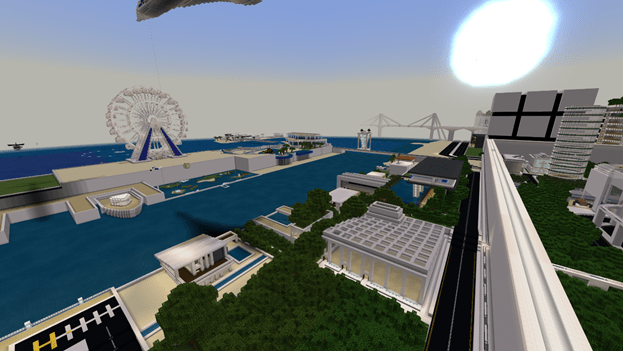 The Waterfront of Central City features various air and watercraft, a expansive boardwalk, and a massive quartz statue of an unnamed man. A fully featured amusement park is planned, but currently only a Ferris Wheel and a Waterpark are present. 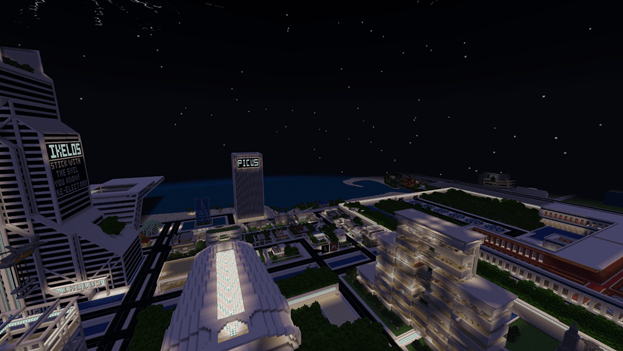 As its alternate name implies, Weston is an expansion of central city westwards, and features more skyscrapers along the coast, as well as a prosperous Suburb. Just a bit further west is the Winter Palace, the single largest “House” in the world. It Is occupied by the current president, as a sort of white house analog. An entire wing of the structure is occupied by a massive dining hall, and has a massive central hallway running the length of the building with a large skylight.

Region: Do whatever you want land 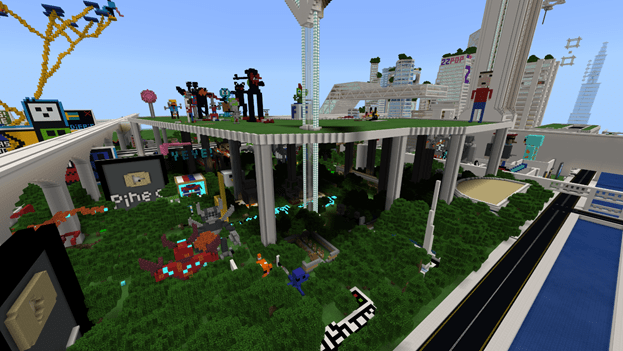 This region is nestled in-between Central City and Weston, and as its name implies, it is a place for freestyle building. It has a walled section for some of the best works made in the area, as well as a more anarchic section. It also features a raised platform to provide more space for building, as the space at ground level begins to run out. 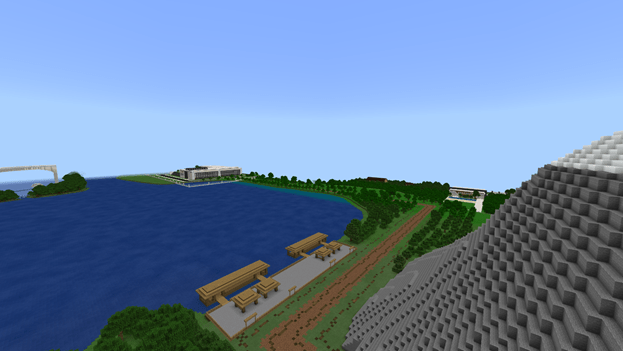 The Jacinto Plateau (Small Easter egg to you Gears of War Players) is a region that starts on the northern tip of central city, but extends all the way to the northern end of the main continent. It features a large river, various artificial mountains, as well as the largest airport in the world. Much of the northern section of the plateau is dedicated to a mysterious government organization called CCDRA. Their main complex is worth a look, and it contains a splendid array of curiosities. 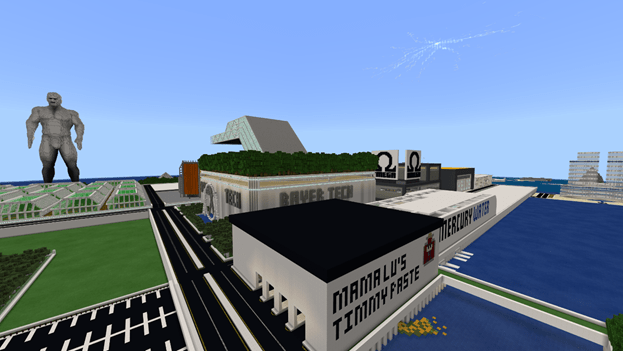 The Industrial Area features various factories and facilities, notable ones including Mama Lu’s Timmy Paste factory, Mercury Water Plant, and Plangira’s main factory. The region also has a small airport, as well as 10s of industrial greenhouses. The region also houses the single largest structure in terms of volume in the entire world, another Palisade Blade. There is also a small military installation at the southern tip. 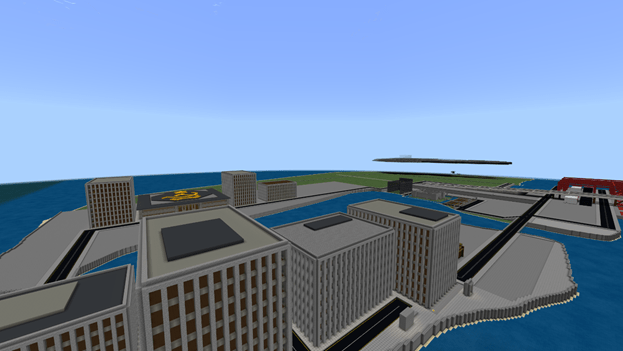 The Banana Republic is a parody region that exaggerates soviet architecture and design. It is by far the region with the fewest quartz blocks, opting for stone/stone brick as a base material. It features a few medium sized buildings, a “Gulag”, and a large flying warship. There is also a missile silo, and another Palisade Blade. 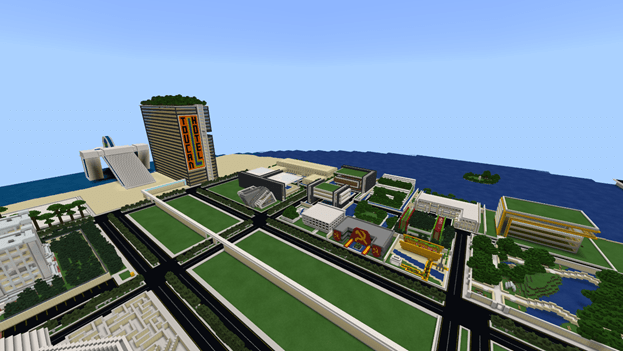 Mama Lu’s Neighborhood is a region featuring the largest and most opulent homes in the world. Some opt for the traditional modern theme, whereas others are a bit more playful (Such as the Taco House). This region also has a large hotel, an Ancient Greek inspired structure and maze, and a Lukea Store. 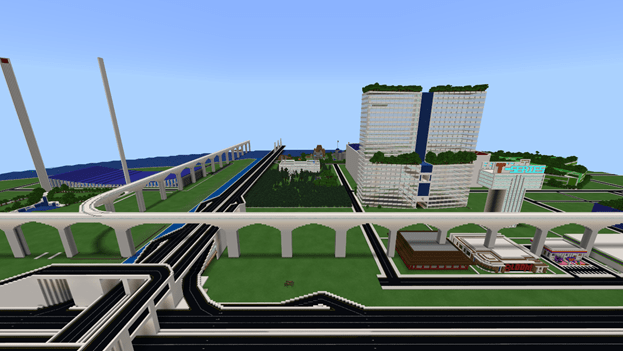 The commercial zone is a mostly unfinished region containing a shopping mall, an aquarium, and a football stadium. (It should be noted the aquarium and stadium are less complete copies of structures in Central City) 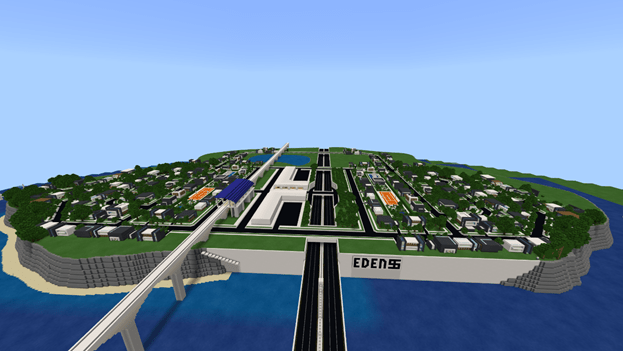 This regions name does not leave much to be explained. It’s a somewhat massive raised island containing 100+ small homes. It has a highway and train line running through the middle, and also has some shops. 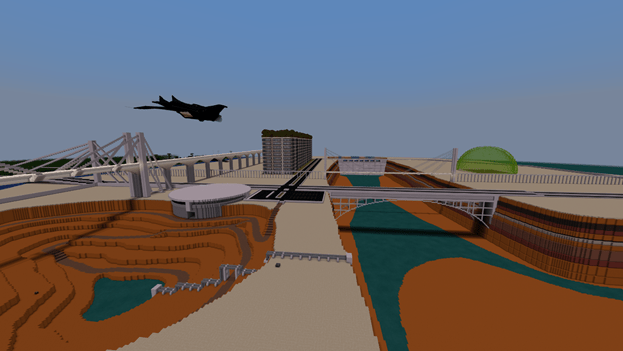 This sand filled area is mostly empty, but does include a large iron mine, a large canyon, and a massive dam. The train line running through its southern area contains a very long and large train inspired by the Snowpiercer TV series. 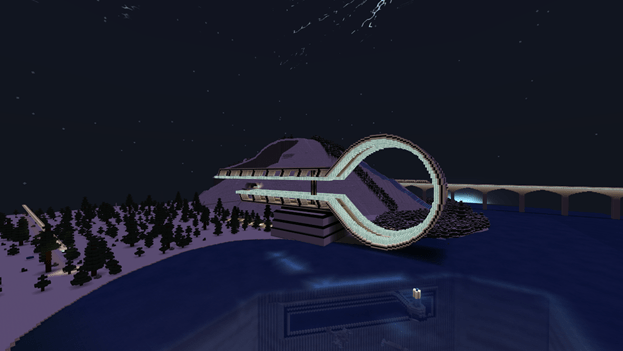 The snow region features a large, fully snowcapped mountain with ice trails intended for boat sledding. It also houses a military installation below a lake, and a large turreted weapon can be seen on the shore of said lake. 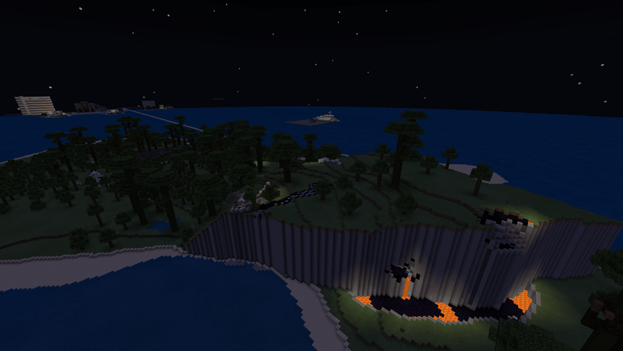 This region features 2 groups of islands, with one featuring an exclusive resort and hotel, while the other group has mysterious structures, empty native villages, and wild animals. And did I mention an active volcano? Its too bad the rail line back to the mainland from the resort passes through there. 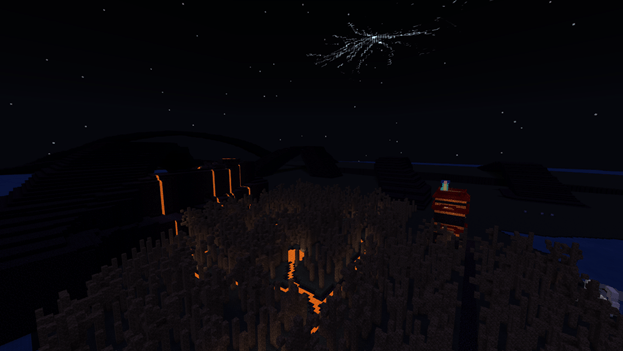 Beast Island (Easter Egg for you She-Ra fans) is a hell-like island with trees made of soul sand and rivers of lava. 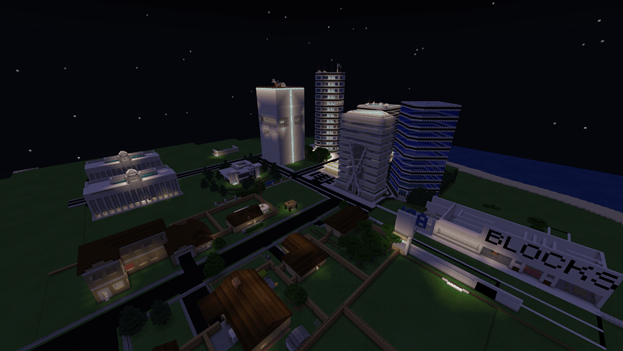 The Historical Society is a small island featuring some old legacy buildings that are too outdated to have a place in the main map. It is however, a good place to visit for the builders, serving as a “trip down memory lane”.

Added links for versions of world with only core resource pack, as well as vanilla for low end devices that do not have enough Vram for texture pack/have issues downloading.

Open the google drive link, if given "Too large to scan for virus" message, ignore and continue download. Once downloaded open [Ikelos] City 4.0.mcworld to install the world into your worlds list.

Use the Core Resource Pack version if you have issues with the addons or issues downloading/extracting.

Use the Vanilla version ONLY if you have a low end device that does not handle texture packs well, or if you have issues with texture packs. The world does not look as intended without the pack, only download this version as a last resort.