This is a dinosaur addon which adds the Indominus Rex which was the main antagonist in the latest Jurassic World movie. The genetically modified dinosaur was the cause of some serious chaos and so it will be in Minecraft if you decide to spawn it. This is a boss addon which is compatible with the T-Rex and Raptor addons.

Where does it spawn?

To spawn Indominus Rex you will need four iron blocks and one pumpkin. It is the iron golem which has been replaced and that means that the spawning process is just the same as to iron golems.

As soon as you place a pumpkin in the center of the iron block structure it will spawn. 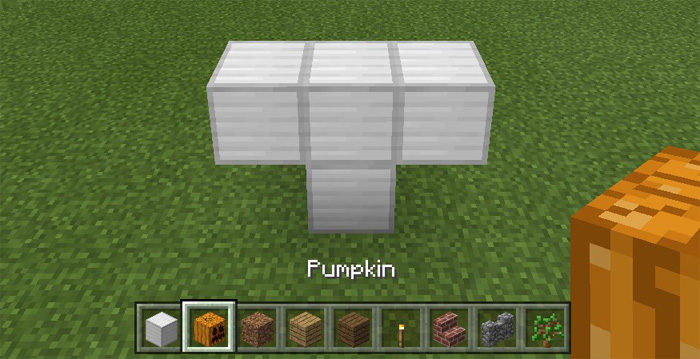 The Indominus Rex is considered a boss so make sure to come well prepared to the fight. I advice to bring a full diamond armor suit, some weapons and some T-Rex companions. And yes, the T-Rex addon is compatible with this addon.

Each battle is different but in general three T-Rex should be able to defeat the boss.