This is an insane watermelon farm which can produce more than 8000 melons per hour and hold a total of 2 211 840 (over two millions) of melons. If you are looking for a solution to produce food on a massive scale then this creation is likely a safe bet.

The best thing about it is that it’s entirely automated. This means you will never again have to look for food in Minecraft. The downside is that you might get a bit tired of eating watermelons after a few days.

Before entering the farm there is a brief explanation how the farm works so you can easily implement it (or probably a smaller version of it) in your own world. 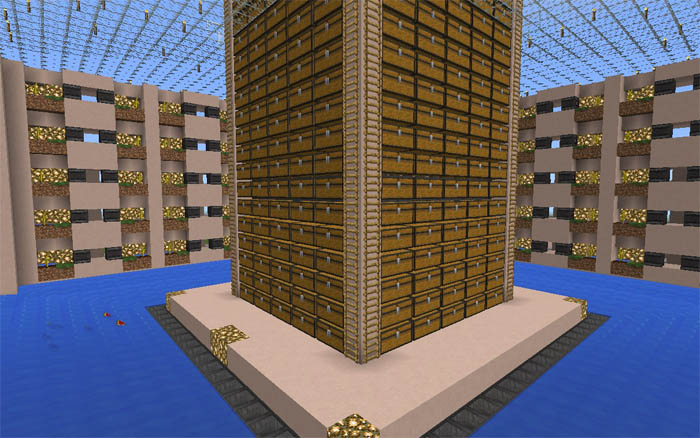 The observer blocks will detect when there’s a change to the watermelon plant and send a redstone signal to a piston which will do the harvesting for you.

The watermelons are then transfered to some hoppers with water and then funneled to the chests in the center of the creation.