This is a texture pack which will make the mob spawner, rails and some of the redstone blocks/items invisible. You can use these blocks to build invisible tracks on movie sets which can be very useful for film making. Using rail tracks for recording is actually a technique in cinematography called tracking shot which means that the camera is moving alongside the objects it is recording.

Creator: User no longer exists
Updated: 9 February, 2017 (added invisibility for some of the redstone blocks/items)

You can set up one camera operator per minecart. All he needs to do is to have some sort of recording software to capture the scene. You can then combine the cuts and make a movie.

I recorded a very simple example video down below. Please give it a watch to get a better idea of this texture pack.

To build the tracks I recommend that you start out by entering the world without the texture pack enabled. Place the rail tracks on the mob spawners. As long as there is at least one air block below the mob spawner you won’t see any annoying shadows. 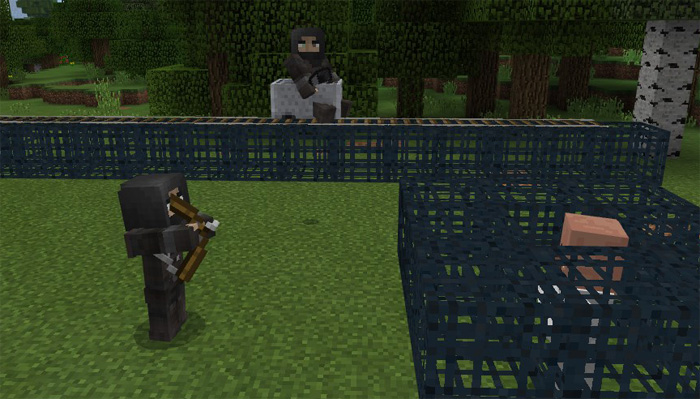 Alright, so when you’ve built the tracks then exit the world and enable the resource pack for the world. Then enter it again and make the necessary camera shots.