This add-on replaces the Guardian and Elder Guardian with two new vicious sharks. The two new mobs include Jaws and Megalodon and together they will make the ocean much more scary! From here on, it is a very good idea to stay out of the ocean, or at least armed to the teeth in case you decide to go for a swim or for a boat ride.

Where do they spawn?

They can be found spawning around ocean monuments.

Jaws has a health of 50 and deals 6 damage. They will spawn around the ocean at a spawn rate of 25-50%. It can attack dolphins, turtles, squids, and even players. Jaws drop alot of raw beef and a lot of bones. 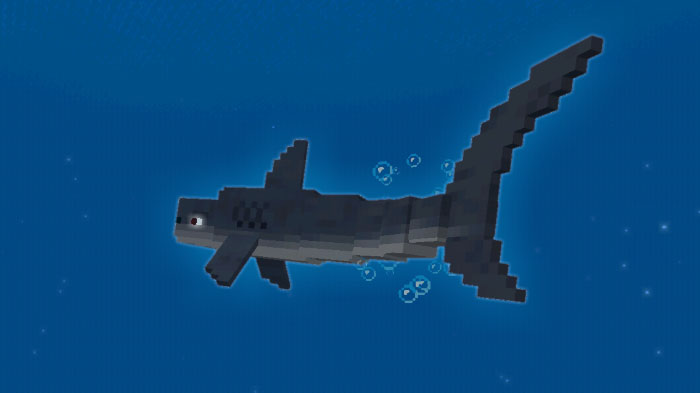 Megalodon, king of the ocean. It has a health of 200 and deals 16 damage. They will spawn around the ocean at a spawn rate of 5-%. It can attack dolphins, jaws, turtles, squids and players. It can drop allot of raw meat, bone, and drops rare loots, which is golds and diamonds. This is one of the biggest sharks in the world 3-5 times larger then normal sharks. 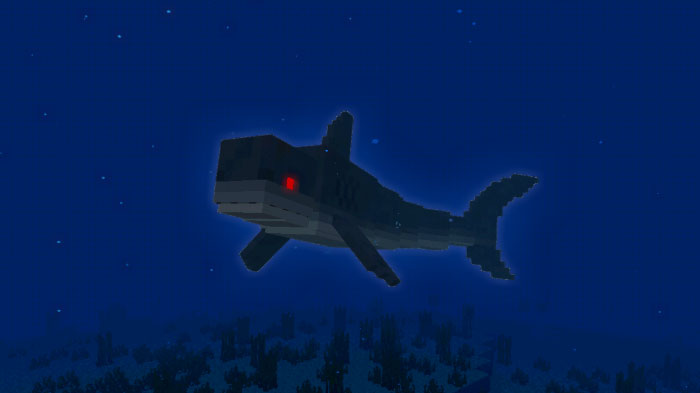 Be careful when out fishing because you never know what might come and surprise you.

Note: For Dolphins, if they see Jaws or Megalodon, they will swim away from them as possible!!

It’s hilarious! A must-watch for sure!

You can download a .ZIP file for this add-on here.