Jungle Realms is a fully automated mob battle arena powered by redstone. There are three different difficulties which will spawn different types of mobs. Sometimes iron ingots will be dropped by zombies and these can be used for accessing better weapons. It’s a really cool experience to see another great example how redstone can be used in maps.

You decide yourself when you are ready for a wave of mobs by pressing one of the buttons depending on which difficulty you want. Everything is hooked up to a redstone setup so it’s entirely automated.

As soon as you’ve pressed a button to select which difficulty a bunch of mobs will spawn in the other end of the arena. Make sure to be somewhat prepared unless you want a certain death. 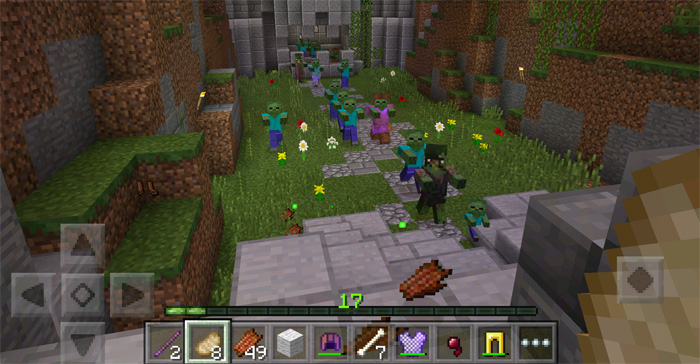 Food can be retrieved for free simply by standing on the pressure plate.