This add-on adds 14 new craftable boomerangs to Minecraft. Some are made of magma, wood, iron or even ice! The boomerangs are survival and multiplayer friendly, and won’t clash with other add-ons!

This add-on adds 14 new boomerangs to the game. All of the boomerangs are craftable in survival mode and can be used in multiplayer games. 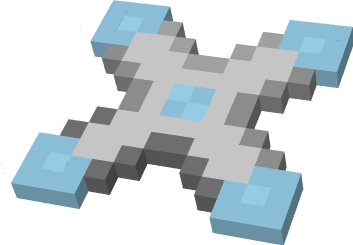 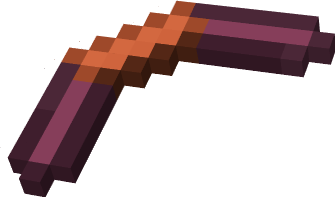 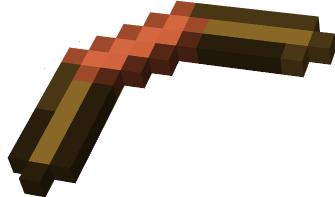 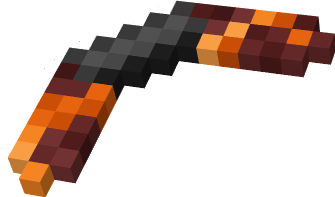 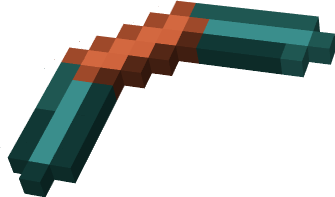 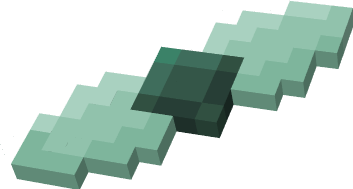 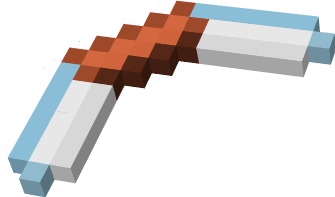 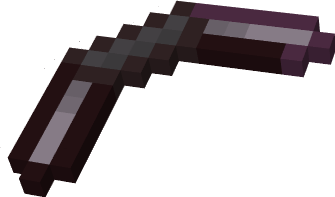 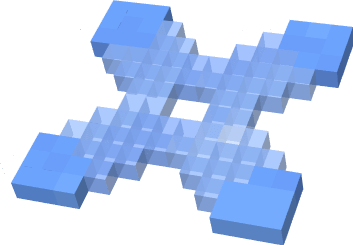 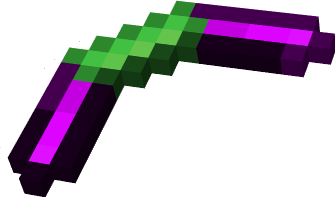 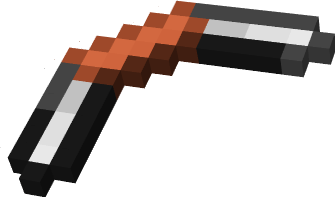 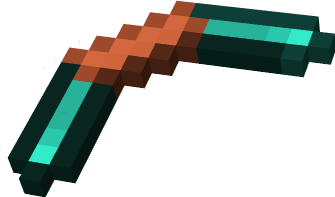 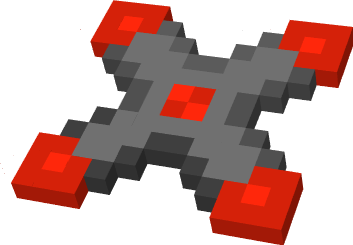 Each boomerang has different stats like increased speed or more attack power, and some boomerangs have special abilities, such as being able to put out fires, teleport its user, or explode on contact! 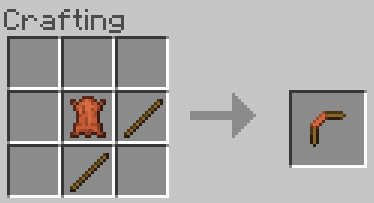 The Wooden Boomerang is the standard type of boomerang, and one of the easiest to get. It deals 3 damage. 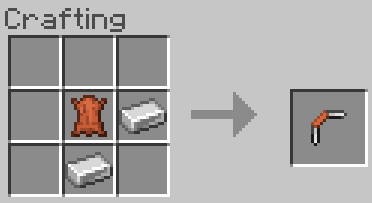 The Iron Boomerang is slightly faster than the wooden boomerang, and deals 5 damage. 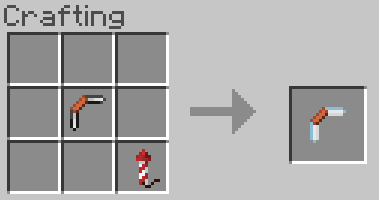 The Zoomerang is a special boomerang that uses rocket-powered propulsion to fly fast and far. It travels much farther than any other boomerang, and deals 7 damage. 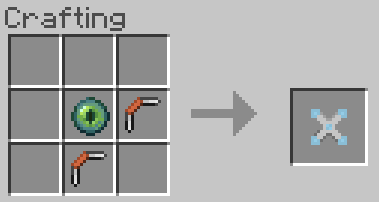 The Autorang is a special boomerang crafted from Iron boomerangs and an Eye of Ender. It locks onto nearby monsters and automatically hits each one, one by one. A really handy boomerang, but it can take a while to come back if you’re really surrounded! This boomerang deals 4 damage. 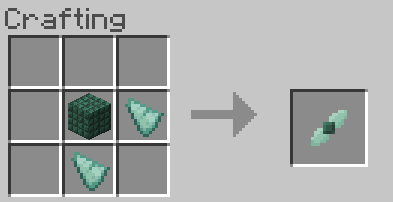 Most boomerangs are designed to fly through air, so they’re no good underwater. That’s where the Hydrorang comes in! The Hydrorang is a special boomerang crafted from Prismarine that can slice through water to hit targets in ocean depths. It can also be used in the rain! This boomerang deals 8 damage. 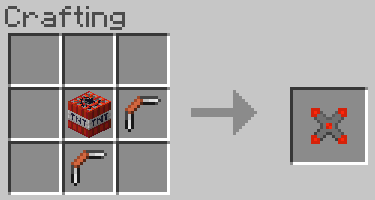 The Demorang is a boomerang crafted from Iron boomerangs and TNT. IT doesn’t have much speed or range, but it explodes on impact or after some time has passed, dealing major damage. The explosions have a decent radius and damage any entity in range, but do not damage terrain. 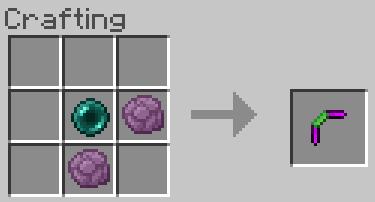 The Enderang is a special boomerang that can be used to quickly teleport around the world. It doesn’t deal any damage, but will anger a mob if it hits. 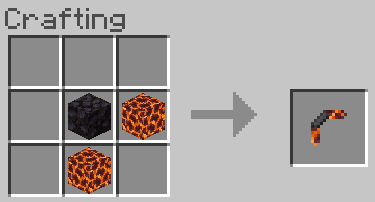 The Magmarang is a boomerang made from elements found in the Nether. It deals the most damage of all of the boomerangs, and can even set mobs ablaze if it hits. That is, until it cools off. A Magmarang has a chance to cool off every time it is thrown, and if it does, its appearance will darken and it will fly much slower, dealing much less damage. To re-ignite a Magmarang, make it fly into fire or lava as a PROJECTILE (not as an item). An ignited Magmarang deals 10 damage, and a cooled Magmarang deals 3 damage. 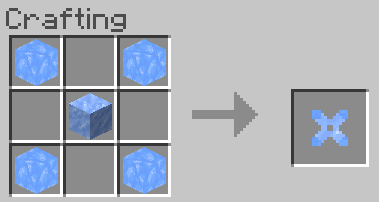 The Freezerang is a boomerang made of ice. It doesn’t fly very far and doesn’t do much damage, but it can be used to create ice platforms on water surfaces! It’s such a cold boomerang that it will also slow mobs that it hits, making it even more useful as a utility boomerang. The Freezerang deals 1 damage. 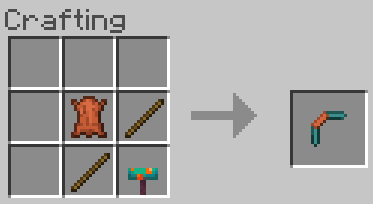 The Warped Boomerang is a special variant of wooden boomerang with an unusual flight pattern. Once thrown, it flies in place, hitting repeatedly for a short time. It deals the same damage as a wooden boomerang: 3. 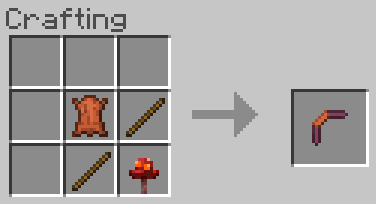 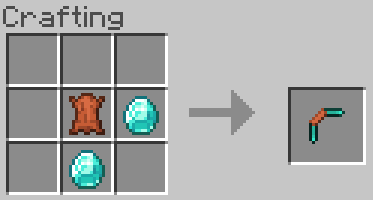 The Diamond Boomerang flies slightly faster than an Iron Boomerang, and deals 7 damage. 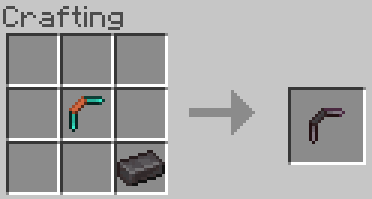 The Netherite Boomerang flies slightly faster than a Diamond Boomerang, deals 7 damage AND can pierce mobs and terrain, so it always flies the same distance every time. 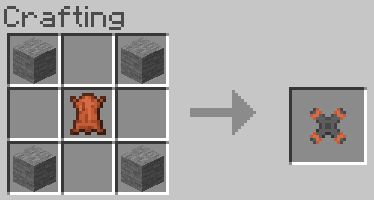 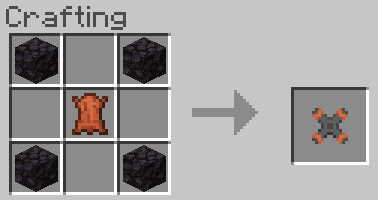 The Smasharang is a utility boomerang made of stone. It can be used to cut through crops and other foliage with ease. It can also be sued a a weapon, but it flies slower than most other boomerangs and deals only 4 damage.

First and foremost, it’s important to note that this boomerang add-on was created for the 1.16.100 beta for Minecraft with experimental gameplay enabled. As the beta continues to be updated and things change, the add-on may break in unexpected ways. If this happens, I’ll try my best to get an update pushed out. 😀

This add-on was built to not clash with other add-ons. That means that you don’t have to worry about other add-ons not working anymore if you decide to use this one as long at the other add-on doesn’t use the same recipes (pretty uncommon, I may have a fix for this soon).

You can view the crafting recipes for the boomerangs in the recipe book as of the 1.16.100 beta, but at the time of writing, they aren’t all in the same page. To see them all in the same place, try looking the “Search” tab, with the crafting toggle set to off, at the very bottom of the list.

This add-on is multiplayer friendly, but there’s a catch – when a boomerang returns, it will look for the nearest person that threw that kind of boomerang and return to that person. What does that mean? If player 1 and player 2 throw a Magmarang at each other at the same time, Player 1’s Magmarang will return to Player 2 and vice versa. This is typically not an issue, but it can cause tricky situations with Enderangs, so please watch out for that.

Right now, a player can only use one of each kind of boomerang. Because of the way that the returning logic works, if a player throws two of the same kind of boomerang, only one will be able to make the whole trip back. The other will drop as an item.

In the event that you throw a boomerang straight down at the ground, it may hit you instead. This is a bug – one that will hopefully be fixable soon!

There are a couple of other types of boomerangs that I’d like to add to this add-on, as well as some general improvements to some things, so I’ll be updating it as I can. Enjoy! Find me on Twitter for more cool stuff. 😀

This add-on only works in Minecraft version 1.16.100 and above with experimental gameplay enabled.