The Lightning Gem Mod implements the necessary blocks to build a machine (or a power station) which can harness the power of lightning and conceal it in orbs. The orbs can then be used as an ordinary item to make the lightning strike where you want to.

Begin by crafting 8 Wires and 1 PowerCollector. Place the PowerCollector in the center and the Wires surrounding it as seen in the image below. 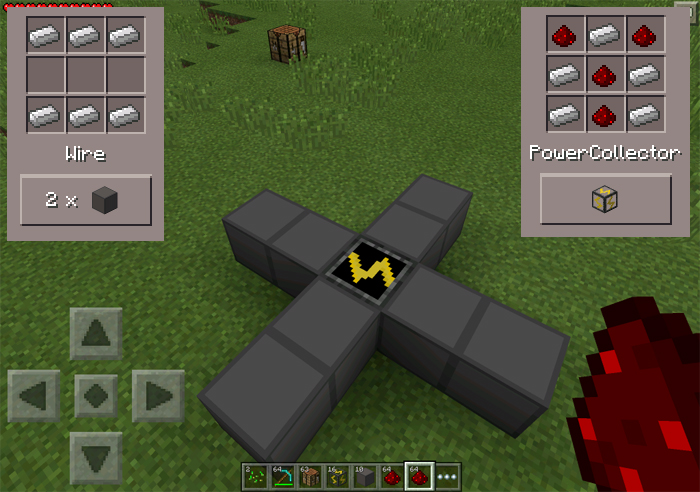 Now get your hands on some diamonds and tap with a diamond on the PowerCollector. When you do this four different things can happen each with a 25% chance of happening:

The Lightning Orb is crafted with 2 Lightning Gems and 7 glass panes.

Tap on the ground with the Lightning Orb to use it. As you do that a lightning will strike the ground making a small explosion. 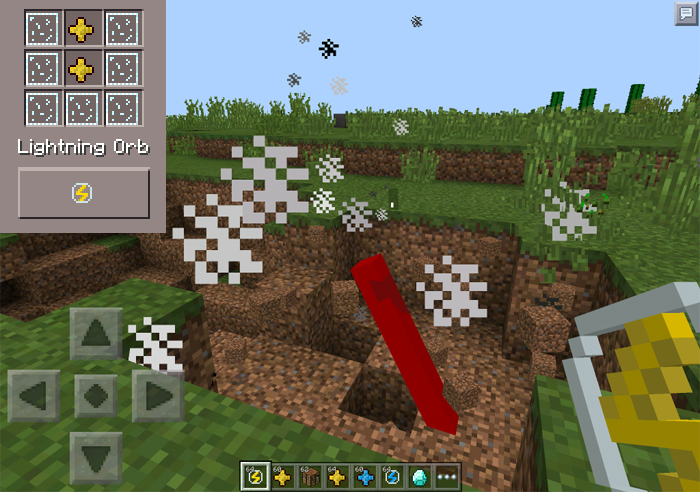 To use the orb simply tap on the ground similar as with the other orb but in this case there will be a huge explosion. 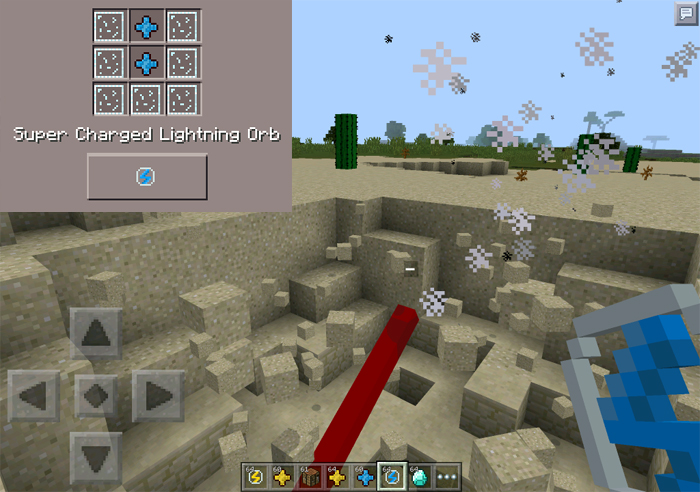