This add-on turns pigs into llamas. In real life they are commonly used for carrying things over long distances of travel. However, that’s not the case here. The only usage you will have for it is that you can use it for riding. The llama is actually a new feature for the PC version of Minecraft and it’s likely this mod was created to give you an idea what it might look like in Pocket Edition.

Put a leash around the llama’s neck to make it follow you around. 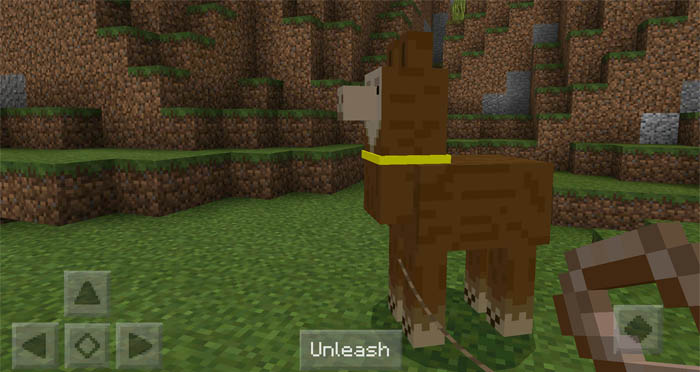 Place a saddle on the llama’s back and then get up close to it and press Mount to ride it. Use a carrot on a stick to control the direction of the animal.

Llamas with yellow collars are wild ones and those which have green collars are ones which got a saddle. Here’s a cute cria (also known as a baby llama) which I found. 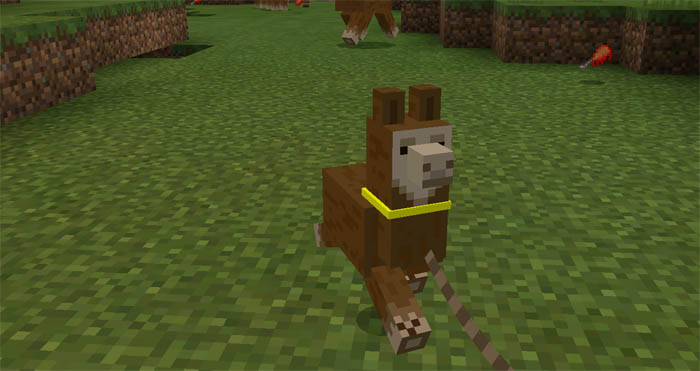 Killing llamas will give you raw porkchop. The reason for this is that llamas replace pigs. However, the texture of the raw porkchop looks different.

Important: This add-on works only for version 0.16.0 of Minecraft Pocket Edition.