Are you tired of collecting a lot of logs? Then this Add-on is just for you! Lumberjack Add-on add a new mob named “Lumberjack”, who cuts down trees around him every 15 seconds. He also picks up logs on the ground. He has more ability helpful for your exploration. Please read below!

To get access to Lumberjack’s inventory, you must pay an ’emerald’ to him. If his inventory is open to you, he has an emerald badge on his chest. 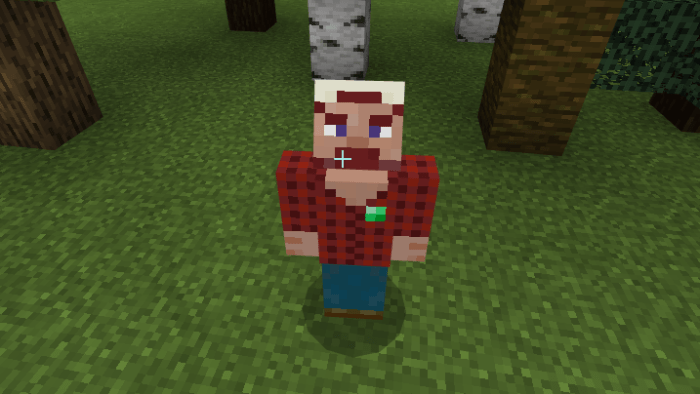 To stop him picking up, tap him with ‘lever’, and a yellow black cross sign will show up on his left hand. The same way to restart picking up. 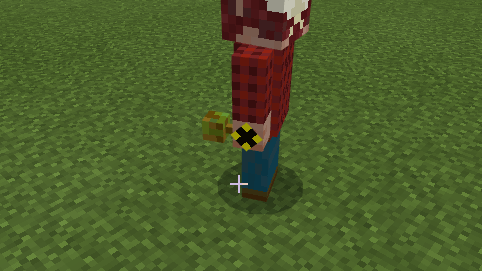 Giving an axe to Lumberjack allow him to chop down trees around him every 15 seconds,
To stop cutting, tap the Lumberjack with ‘stick’, and yellow black cross sign will show up like this, 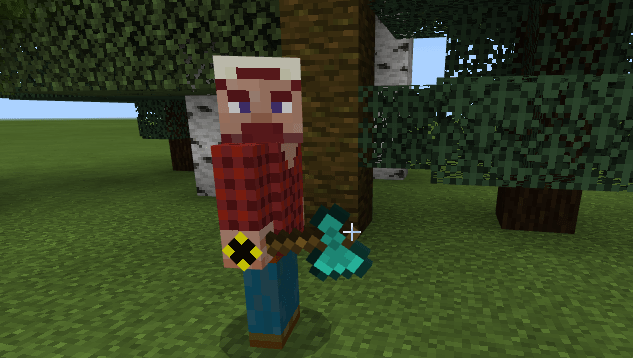 Supported axes are wooden, stone, iron, golden and diamond axe. Cutting distance in block increases from 1 to 5, as it goes to the right.

On the latest version(v2.0.0), Lumberjack has got a level system, which means he will gain 1 level when chopping down trees. If reaching level:50, his axe in the hand will upgrade, like stone axe is replaced by iron axe.

Giving a sapling allows Lumberjack to plant trees every minute. You can check what kind of trees is being planted by looking at his left hand. 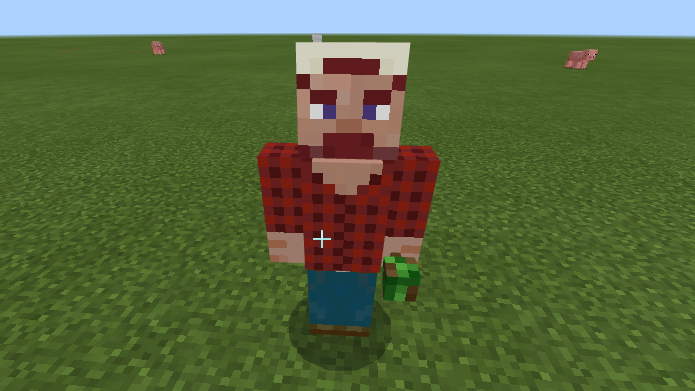 To cancel planting, give him a ‘stick’.
Note that Lumberjack can’t have both abilities of cutting and planting at the same time.

Lumberjacks given a ‘gold nugget’ can share items between them, if they have no equipment in their right hand. Taking advantage of this feature, You can automatically steal the items they have in their inventory with hopper. 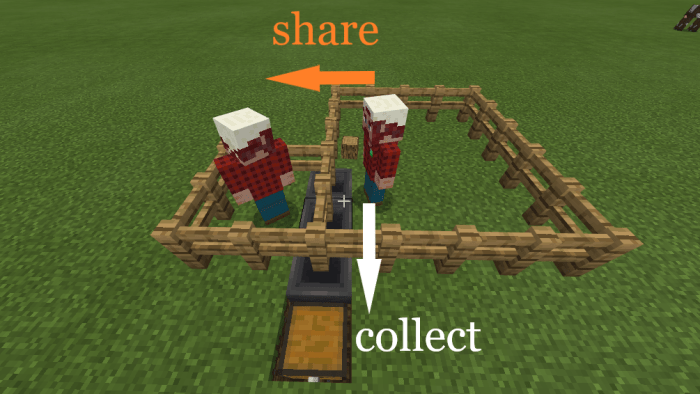 Given ‘iron sword’, ‘bow’, ‘crossbow’ or ‘trident’, Lumberjack becomes Soldier, who has a weapon to defend village, like ‘iron golem’ does. 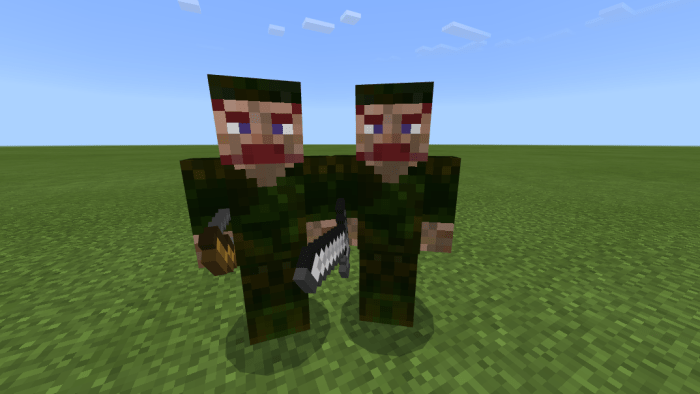 Soldier will be strengthened if he has 100 fights with mobs. (2.0.0~). So keep his health in mind so that he won’t be killed by monsters..
I’ll rebuild this feature as a level system on the future version.

I left some helpful functions in my pack to test the behaviors.

You must turn on experimental game play, or it wouldn’t work.
This addon overwrites “arrow” behavior, so it couldn’t work correctly depending on your another addon.

To work on 1.14, you need to download one for 1.14. On the version, their texture never changes when injured.