MCBE Studio is an addon for Minecraft Bedrock 1.12 that make timelapses possible on the bedrock edition of the game. As the scripting API is still quite simple, this addon couldn’t be compared with what replaymod can do on java, but this addon make possible to place keyframes in the world that are interpolated to generate a sequence. 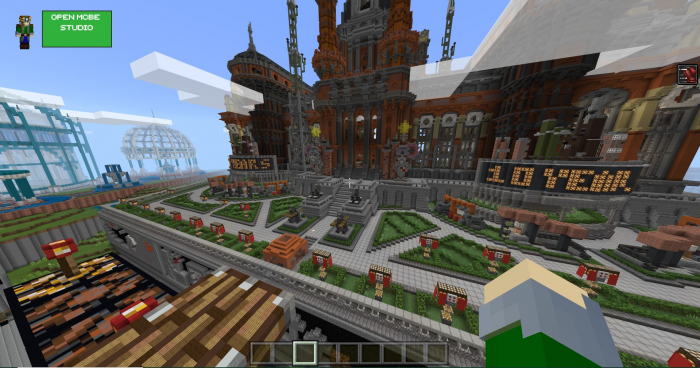 On the GUI, there is a button called “Open MCBE Studio”. Due to the lack of event handler in the API for now, the only way on windows 10 to open the main interface is to open any game interface (pause, inventory, chat…), put the mouse cursor where the button is, and exit the interface with keyboard.

On android phone, just tap the button to open the interface. 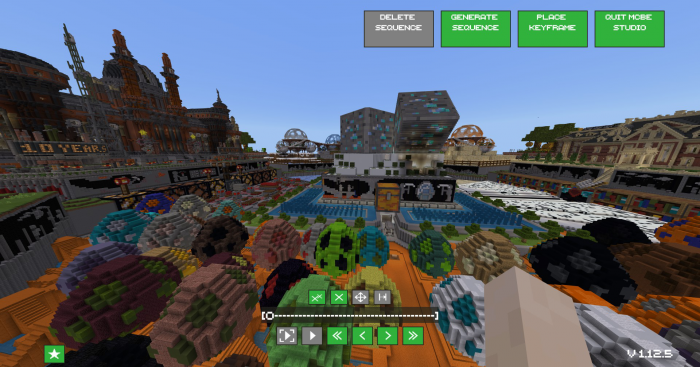 Below the timeline, there are some buttons to go to the previous and the next frame, to the first and the last one, a play/pause button, and a button to play the sequence without any GUI. Just left clic or hit your screen on your android phone to go back to the GUI. 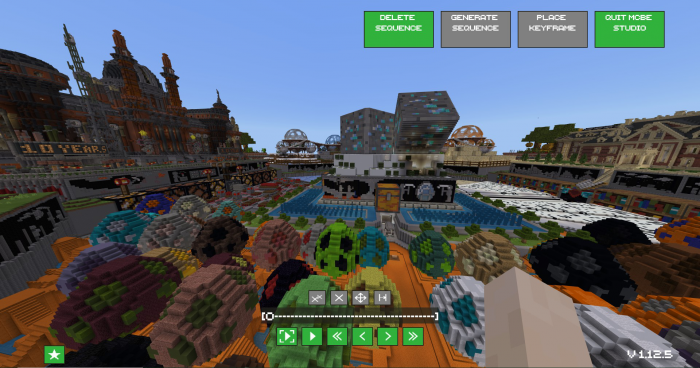 Above the timeline, there are some controls to edit keyframes before sequence generation. For the moment, only keyframe deletion is working, with a button for the current keyframe and for all the keyframes, but options to move a keyframe or insert a cut into the sequence are coming in a future update. 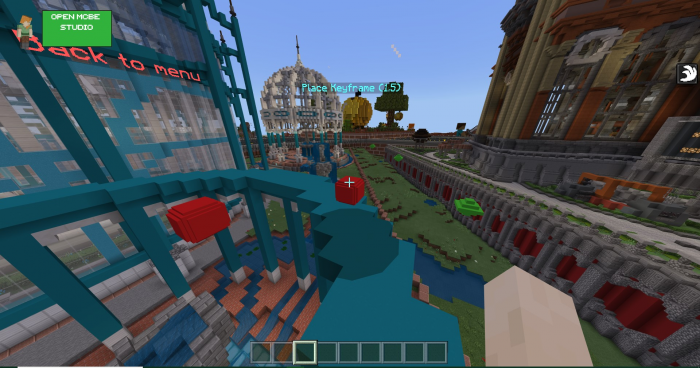 Update versions will be labeled using X.Y.Z format. X.Y is the current targeted Minecraft version, and Z is the incremental version number for the addon for this game version.

Except for 1.12, the target minecraft version will alway be the current game release. Support will be provided for the beta only if it’s possible to support both with the same code.

Please leave feedbacks and consult changelogs on github (link below)

This addon is now compatible with android using blocklauncher. As this application is not an official solution to run the scripting API on android, some android-specific issues may occur and I’m not sure I will be able to fix all of them.

To use this addon on android, just launch the .mcaddon on your phone with regular Minecraft, then run block launcher and enable scripts, then restart block launcher. 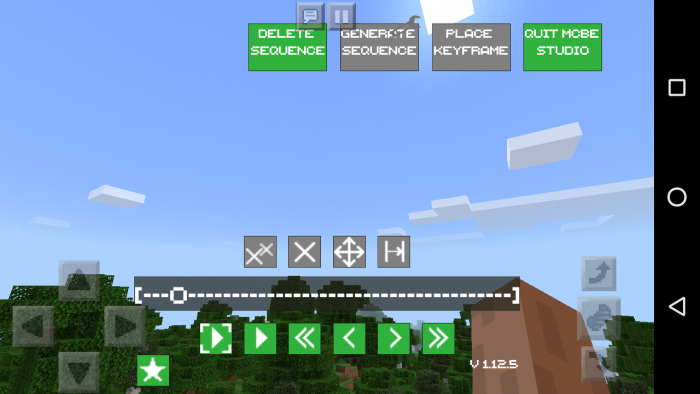 A custom UI for the main screen is provided in the android package, that fit the existing touch UI. Other screens will be updated in the next update, depending of your feedbacks.

New in this update :

- Huge code refactor, client and server are now writter in typescript and compiled into javascript. It will make updates largely easier and will then be faster in the future

- The timeline is now fully managed server-side, that will fix a lot of desynchronisation when pausing, go back and forward and resume

- Added a screen to thanks each youtubers and donators, labeled with the star

- The progress bar when generating sequence is now more usefull

- Added the current version on the Bottom of the main screen

Now available for all windows 10 users!

- Fixed some issues with the timeline

- Added some controls on top of the timeline, only keyframe deletion is working

- Pack description now include the current version of the pack, useful to alway have the latest version installed

Only works on 1.12 windows 10 and android with last version of blocklauncher.

Not working with 1.13 betas for the moment.