This mod lets you copy your creations in Minecraft Pocket Edition to your very own ModPE script. Basically what it does is it generates a .js file from selections you make in-game and have the selection of builds turned into a .js file. Then with a little bit of tinkering with the code you can load the new .js file with BlockLauncher as with any other mod and have the build appear in-game when you tap a set item.

But really, what’s the point?

If the first few lines didn’t intrigue you enough then lets dive right into the core of the idea. Instead of having to write out every single Level.setTile(x,y,z,id,data); point you can build the things you want in-game, select the area in-game and then instantly have that build turned into a .js file.

How to use the mod?

Below you will find an in-depth text guide and then in the very bottom a video guide.

Important note: If it’s not working try switching on ART runtime on Android. Settings > About Phone > Tap on the build number until it says you are a developer. Next, go to Settings > Developer Options > Make a switch from Dalvik to ART.

1. First off create the build which you want to turn into a .js file. The build can be of any size and can include any blocks you want to. In the example below we will demonstrate with a stone dungeon build.

2. Take out your shears item (which is normally used to cut the wool from a sheep) and then select the relative point which in the demonstration is the gold block. 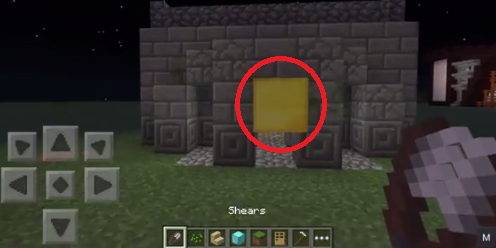 3. Select the first corner of the build which outlines the area. Understand that this should be equal to the lowest point of the build, for example the ground block. 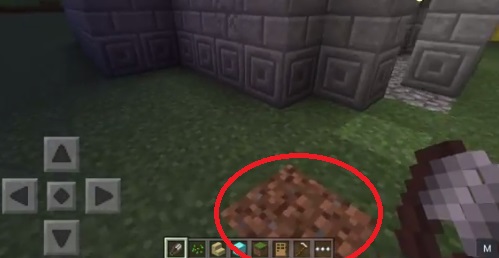 4. Select the second corner of the build which outlines the area. It should be equal to the highest point of the build and stretch diagonally from the first corner block, for example the roof block. 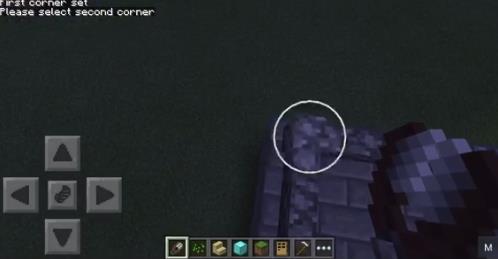 5. Now you have successfully outlined the area. The next thing you want to do is to save the file by using a seed item. 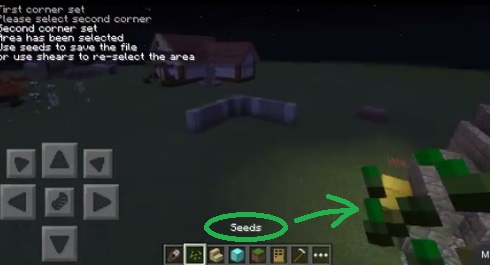 6. When you use the seed item it will ask you to name the file. In the example we will name it to Rad Dungeon. The default settings are usually set to all OFF. Let’s have a look at each meaning of the settings. 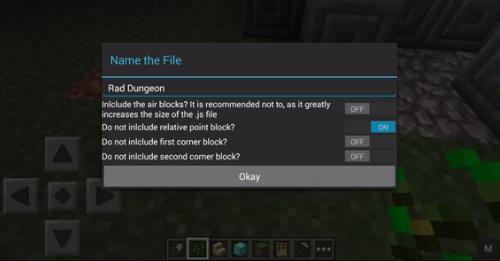 7. When you’ve selected each right option for your build then select Okay and the build will be saved to /games/com.mojang/ModPE/Rad Dungeon. 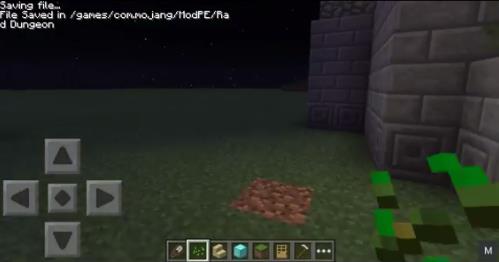 8. Quit Minecraft Pocket Edition and open up a file manager, e.g. Astro File Manager. Locate the Rad Dungeon folder in /games/com.mojang/ModPE/Rad Dungeon and open up the one file found in that folder. It’s recommended to use DroidEdit but you can use any other javascript or text editor that you want to. 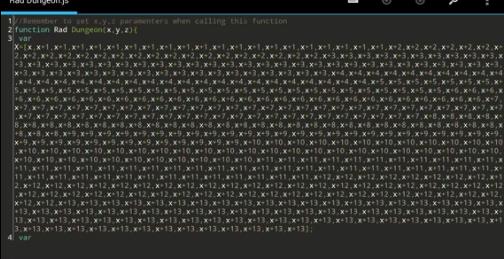 It might be a bit laggy because there is a lot of code. To decrease the lag you can go to settings and turn of the Syntax Highlighting in DroidEdit or use a text editor instead of javascript editor to open the file with.

9. The first and most important step is to make the function name just one word. In our case it’s currently called Rad Dungeon but it needs to be edited to RadDungeon.

10. Below the first line create a new line and type the following code on that second line.

11. Save the file and exit DroidEdit.

14. Take out a diamond block (block id = 57 which was set in the if statement code). Place it one level above ground (or in the same height as the relative point block was placed). 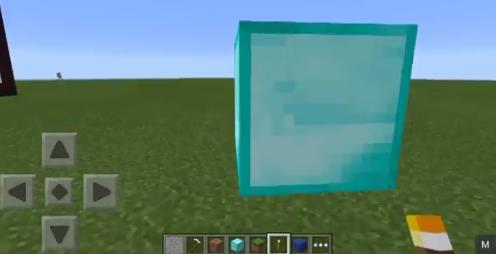 15. Then tap on the diamond block to spawn the dungeon. 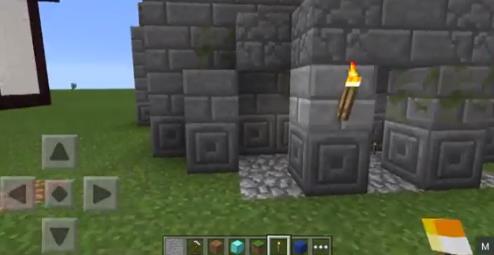