Mechanic Apocalypse is the continuation of a popular map series taking place in a world where mechanical redstone robots have emerged with the intention to be destroy the world. You have arrived at a laboratory which appears to be the root cause for these mechanical maniacs. Now it’s up to you to find and uncover the mysterious origin of these redstone robots.

You can expect lots of robot action and in the end a boss fight. The boss is more dangerous than any of the previous ones but this time you’ll have a special tool to fight this boss. 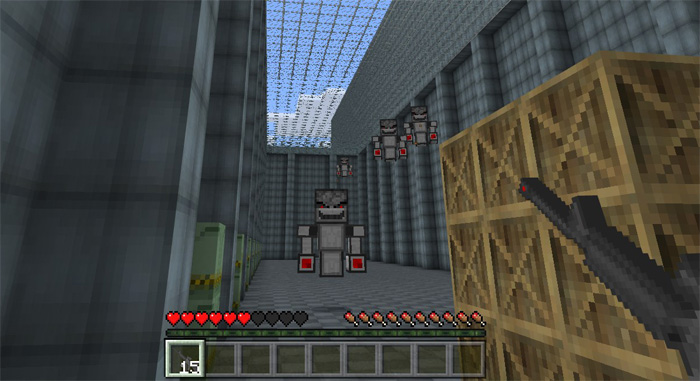