This is an addon which adds (and/or replaces) many new mobs to Minecraft Pocket Edition. Some of them are based on mythical creatures, such as the giant, and others are just replacements for current mobs to make them look more suited for medieval times. One really cool feature is that most mobs have their own custom sounds.

There are three new types of villagers which can be found naturally spawning in villages or by the use of the villager spawn egg. 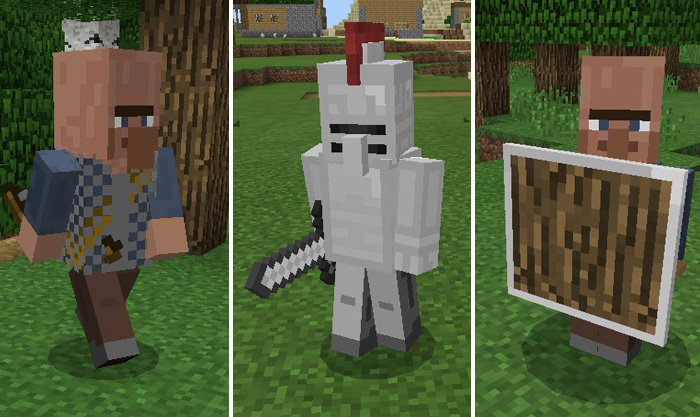 If a hostile mob spawns nearby a village guard and there is also a horse somewhere close then the village guard will get on the horse and ride it while attacking the target. 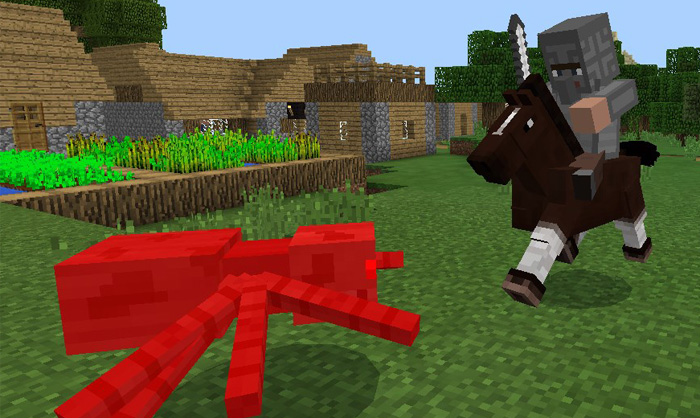 Butchers are one of the default villager types and they are easily recognizable because of their white apron. If they see any pigs, sheep, chickens, rabbits or cows then they will kill them.

Zombies have been replaced by orcs. These are hostile creatures which no longer burn in sunlight. This means you can come across them basically anywhere in your worlds. They are hostile to humanoids in general, so this means both the player and villagers.

Strays have been replaced by necromancers. This mob can shoot fire charges at his enemies. But you don’t have to worry about them seeing as it is a friendly mob.

(The structure in the image down below doesn’t generate naturally. It’s just a fun picture to showcase the look of an necromancer.) 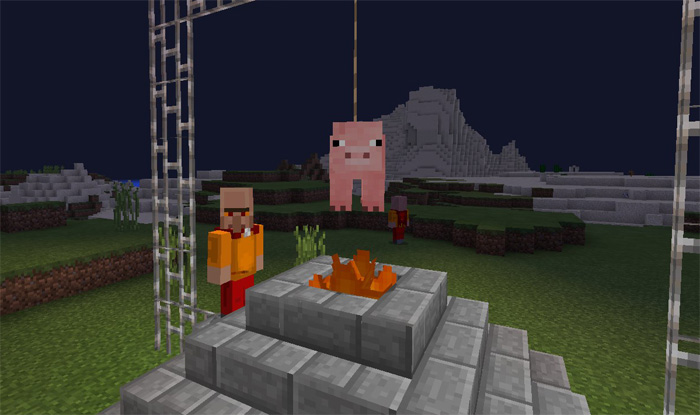 They spawn in and around villages. If you want to spawn one yourself you can use a zombie pigman spawn egg. Giants are hostile toward villagers and the player and can spawn in multiple different sizes.

Silverfish are replaced by rats. Rats are horrendous creatures as they will eat your crops. Villagers hate rats and if they get the chance they will try to kill them. Ocelots also have a huge appetite for rats as they will attack and eat them.

The giant spiders (replace normal spiders) can be tamed with some rotten flesh. It can be used for storage (5 available slots). I couldn’t get neither of the mentioned features to work so it’s probably bugged right now.