Metropolitan Industria has been built during a period of two years and finally it is released. It’s an astonishing map with loads of enormous skyscrapers and busy streets which you would expect in modern city. But there are also big parks with water ponds and other necessities you’d find in a park in real life. Hundreds of hours have been put into creating the city and the result is amazing. It’s by no doubt one of the greatest cities ever built in Minecraft Pocket Edition which at the same time have a very high attention to detail and strinkingly realistic objects. 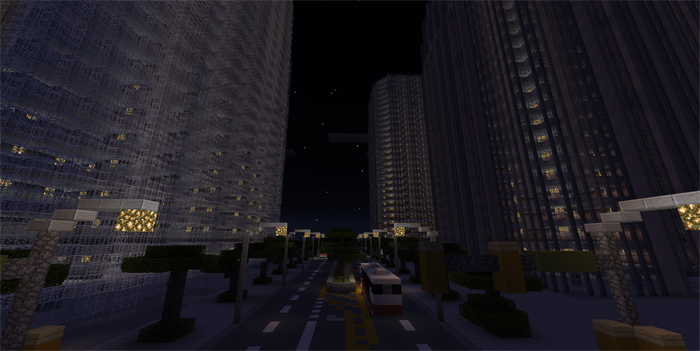 When first starting the world make sure to set render distance to a minimum. We tested this map on a Nexus 9 and found this the only possible way to launch the map.

Even if the map lags on first entering it just let it load for a while before starting to move around in the map.