The Mine-Bikes Add-on adds a few different motorbikes to the game (all of which replace horses). It’s probably the fastest type of vehicle which you can currently get for Minecraft PE, at least if you want to go by land. The best feature is that you can ride two persons on one bike and this is actually the first addon which implements that feature!

How to ride a motorbike?

First off you need to find a bike. They can usually be found spawning in plains biomes since they replace horses. If you choose to use a spawn egg then you will need to search for the “Mine-Bike” spawn eggs.

Before you can actually ride and control it you will need to tame it. This might seem like a weird thing to do but it is necessary in case you want to be able to control it. It works just the same as to taming a horse. Sit on the bike until you see some heart particles. 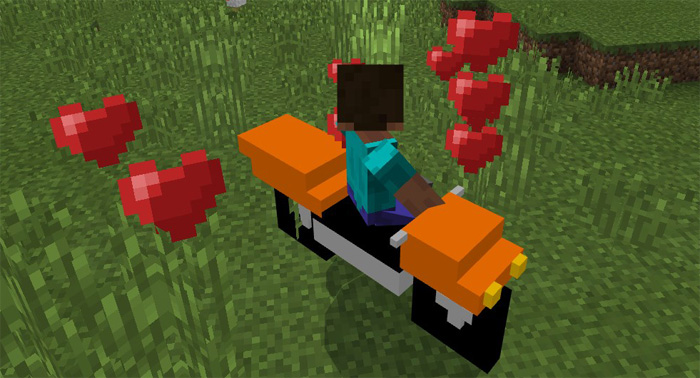 Once you’ve placed a saddle on the bike (open inventory while sitting on the bike and add saddle) you will be able to control the direction of the bike.

Two players can ride the same bike. The second player simply have to walk up to the bike and ride it. The bike has basically the same features as a horse.

This addon lets you explore the world of Minecraft using a modern motorbike. It works perfect for multiplayer too. Start your own biker gang today! 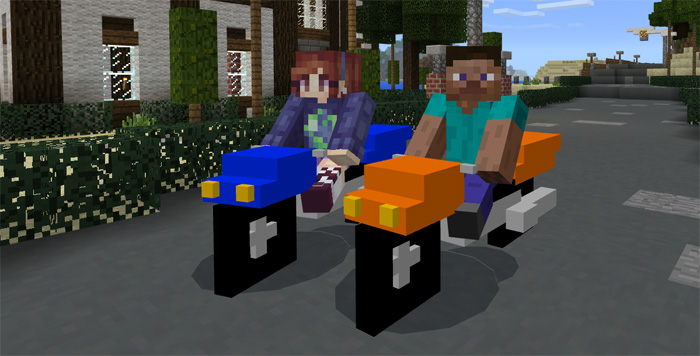