Minecraft Bedrock Edition but poorly translated is a resource pack that replaces almost all the text you’d see in normal gameplay with poorly translated versions of itself via multiple text obfuscator methods.

leaMinecraft Bedrock Edition but poorly translated is a resource pack that replaces almost all the text you’d see in normal gameplay with poorly translated versions of itself via a variety of text obfuscator methods, all running on the Google Translate API.

Dozens of hours of work were put into this resource pack, translating one line of text at a time. 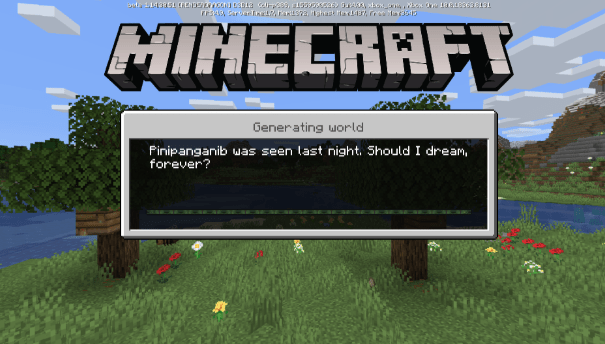 Almost everything was translated: the achievements, the How to Play section, death messages, loading screen tips, mob names, and of course, the blocks and items. (and more!) 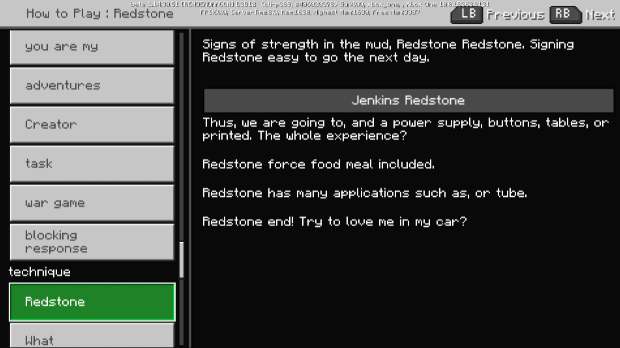 Due to the fact that this was my first time toying around with text obfuscation, I experimented with several different methods during the development of this add-on, so I hope that explains why some sections are more absurd than others. 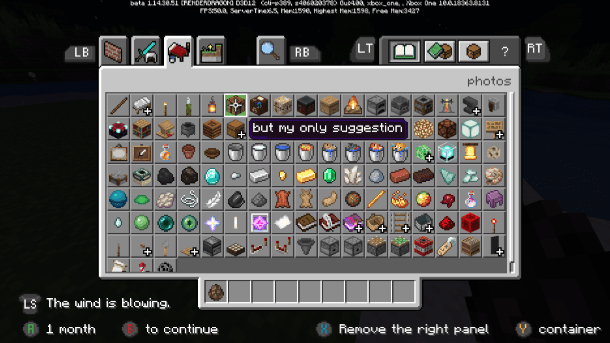 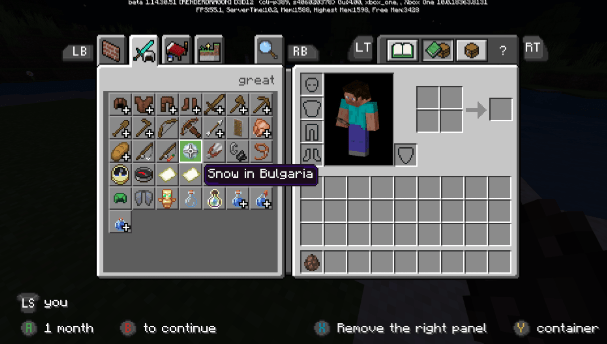 This was all tested on the Xbox One, but should work just as well on other devices capable of running the Bedrock Edition of Minecraft.

Here’s a video demonstration of the mod, if you’re interested.

If you would like to provide any kind of feedback or suggestions for future updates, feel free to either leave a comment down below, add me as a friend and then message me on Discord (Cany0udance#2001), or message me on Xbox (Cany0udance). I’d love to hear anything you have to say!

That’s all. I hope you all enjoy!

Please note that in order for this add-on to work in your worlds, you must have the language set to English (US). To do this, go to the main menu, enter Settings, scroll down to Language, and select the English (US) option.

-Forced new translations for Emerald and Red Sand, as they weren't changed by the translator the first time around

-(sorta) forced new translation for Cactus, as it wasn't changed by the translator the first time around