Minesweeper is a classic video game which originates back to the ’60s but several variations of the game has since then been recreated on all different types of platforms.

In this mod you will be able to play the classic game in Minecraft PE. The game works just the same as it usually does. On a rectangular board you have to clear the blocks in hope to avoid all mines. There are red, blue and yellow blocks which will indicate how many mines are neighbouring. 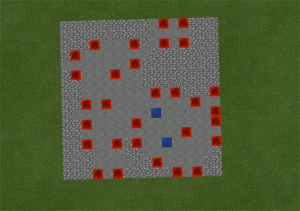 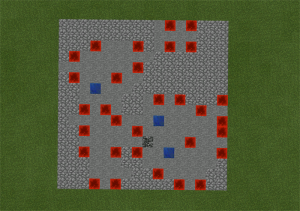 Create a flat world and when you get in-game type the following command in the chat to begin: /minesweeper

A playfield will be generated at where you are standing consisting currently only of stone blocks.

Get an iron sword and tap on any of the blocks to begin sweeping the playfield and avoid the mines.