This add-on makes it possible to brew Long Mundane Potions and Potions of Decay! It also adds crafting recipes for tipped arrows made from water, awkward, mundane, long mundane, and thick potions. 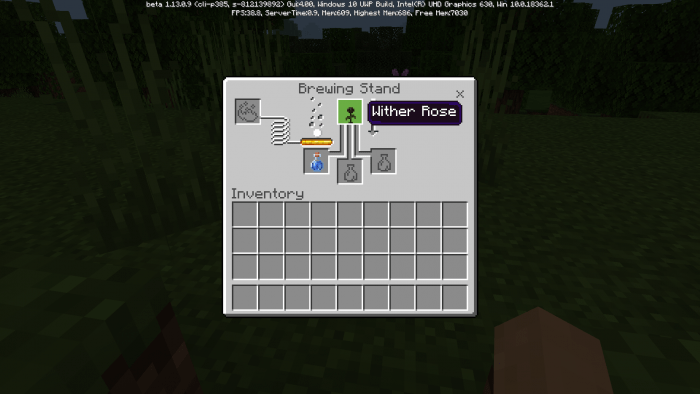 Supported Minecraft versions have changed a lot since the upload of this add-on!

Added again versions supported because it somehow removed them for no reason.

Download the .mcpack file and open it. The add-on will be imported into the game. Create a world with Experimental Gameplay in a version starting from 1.13.0.9, and enable this behavior pack.