This addon makes it possible to be around mobs which previously were hostile. Zombies, skeletons or any other (previously) vicious mobs have never been more friendly. It’s obviously useful for survival adventures or any time you want to be protected in survival mode.

Hostile mobs will no longer be hostile towards the player. This means that you can walk among them as if you were one of them without ever being the victim of harm.

This is not limited to just zombies. Any hostile mob which was previously hostile is now friendly. The only exception are AOE attacks. Meaning, attacks which inflicts damage on a large area, e.g. wither boss explosions. 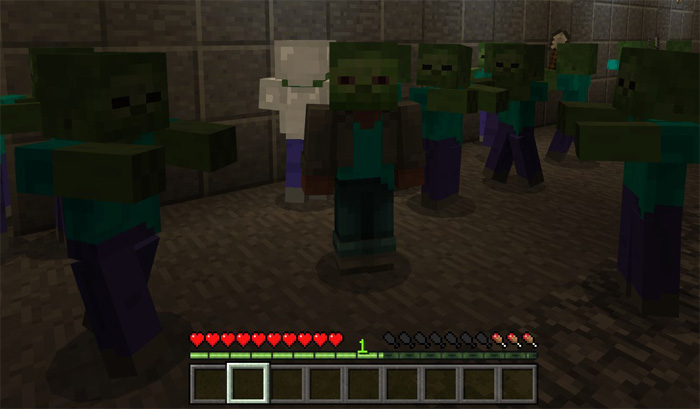 (The skin I used for the image above is not included in the mod. It is one of the free skins from the Halloween Costumes skin pack.)