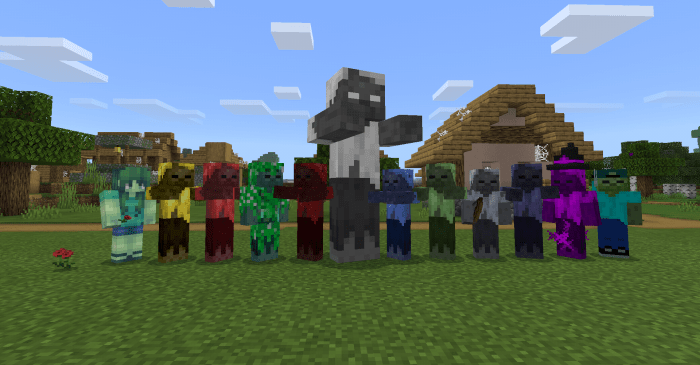 Of the twelve zombies two are neutral, they will only attack to defend themselves, they are:

(Zombie lady and Zomboy can be tamed with an apple)

The other will attack the player as follows:

In addition to adding new zombies, this addon makes the Zombie Horse naturally spawn around the world at night. 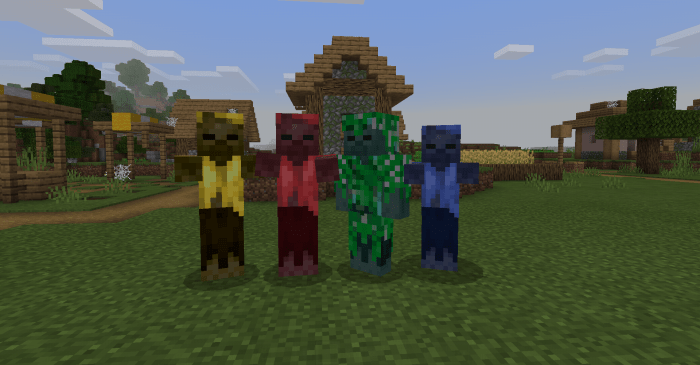 You can also spawn them using eggspawns in creative mode…

See my others others add-on here!

Added rare boss zombie, it appears when a hostile zombie (from add-on) is struck by lightning

Added a zombie with power to become invisible during a battle