MPEHUD Mod adds a simplistic HUD (head-up display) to the game which displays your current coordinates (X, Y, Z), health and hunger. It’s still in an early state of development and as a result is limited to only a few features. It’s nonetheless a useful mod which seem to be inspired by the F3 feature for Minecraft for PC which makes it possible to display similar information.

The feature is automatically toggled on when playing. Currently it’s limited to the center of the screen. In the future we wish for a feature to decide position ourselves and also a possibility to toggle it. Perhaps that’s something which will be added. 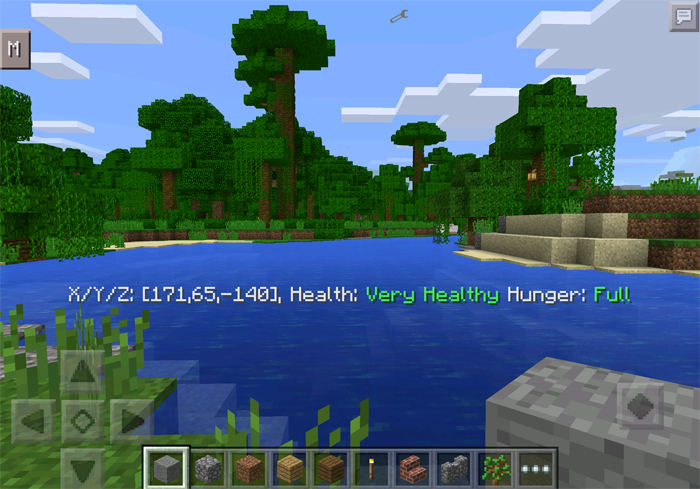 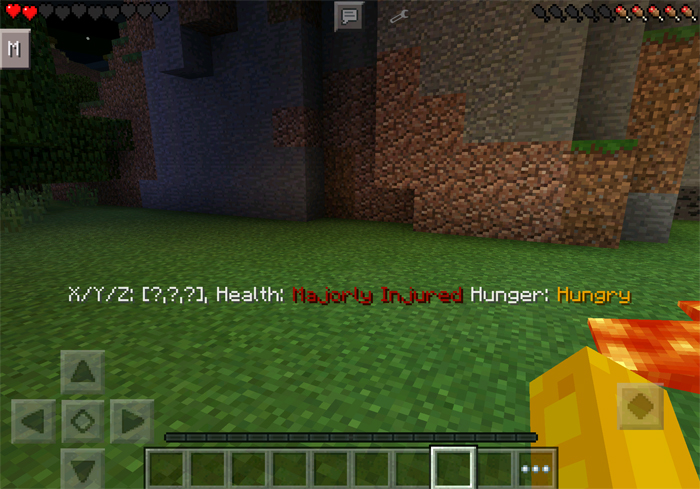