This add-on implements two new army tanks to Minecraft which are meant to use for multiplayer gameplay. You can sit down on a tank and drive around, but also shoot rockets at your fellow Minecraft players or hostile mobs you come across in your game. This is really a must download for anyone who want to take PvP to the next level with some real fire power.

There are two different tanks and each of them can be used in a similar way. Once seated on any of the tanks you’ll be able to control it by moving around normally and by jumping.

This add-on is perfect for multiplayer as it adds tanks in two complete different colors. It also replaces two items in-game with explosives which you can throw at your enemy, preferably when seated on a tank as it’s meant to simulate the rocket launcher on the tank.

Each tank work a little bit different from the other. 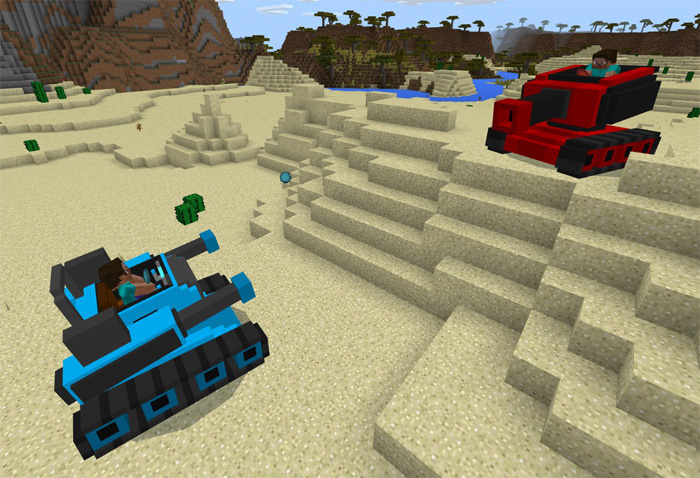 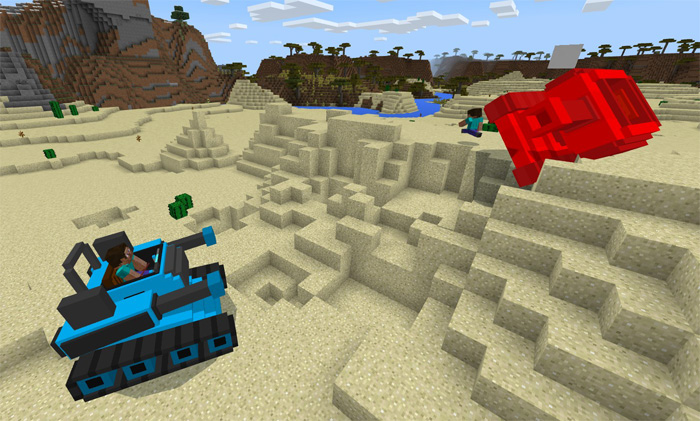 You can get a .ZIP file for this addon here. (Option 2: Regular / Ad Free Download)