MurderEscape is an intense and scary multiplayer horror minigame. One of the players will be chosen as the murderer and the rest ones are runners who have to run through a forest and hopefully escape before it’s too late. If you like horror maps then you are likely going to enjoy this little game too!

This minigame requires at least two players but it’s recommended that you are many more than that. You can either have your classes selected at random (“Random Murderer”) or choose one specifically by stepping on a specific pressure plate (“Play as runner” or “Play as murder”). 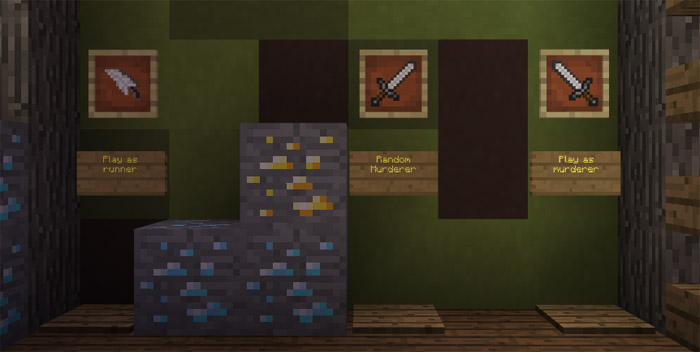 As a runner your objective is to reach the other end of the map and step on a wooden pressure plate to escape. It’s going to be scary because you can barely see anything (blindness effect) and you’ll also have a murderer on your heels.

The murderer is equipped with a sword and his objective is to find and kill the runners before they can escape.

It’s a really spooky experience, especially for the runners who have to run for their life. 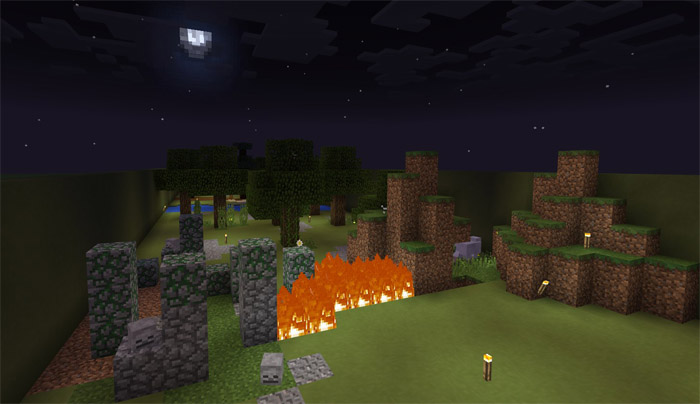