This addon makes the enderman become a two-headed monster wielding a big sword. It has more health and is much stronger compared to an ordinary enderman. All in all, it’s a quite simple modification but it definitely makes the enderman more frightening so if that’s what you are looking for then you’ve found the right mod.

Here are the all differences compared to a normal enderman creature. It makes it be more like a boss rather than just an ordinary mob. 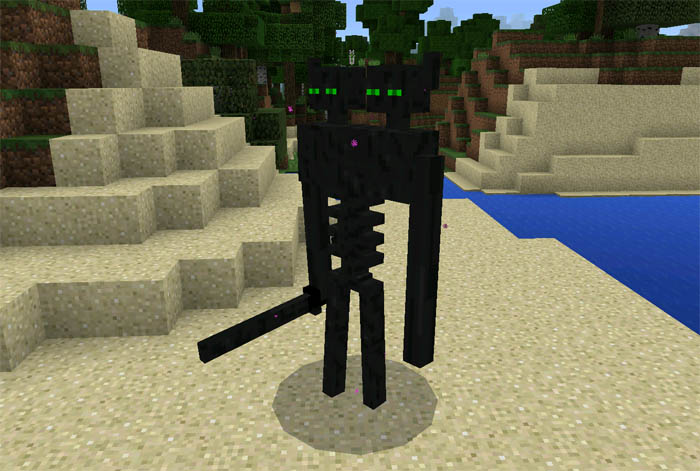 Important: This is a mod which works only for version 0.15.9 / 0.16.0 of Minecraft Pocket Edition. It is installed the same way as a texture pack / resource pack.