The Nether and the Aether is in a waging war against each other. Every day is a constant battle, but recently you’ve entered an alliance with the Nether faction and together you hope to overturn your common enemy and win this chaotic war. It’s a really good addon which replaces a bunch of mobs with new ones which makes for some more exciting gameplay.

Nether Hounds (replace wolves) are slightly more dangerous than an ordinary wolf and it cannot be tamed. It’s still neutral which means it will only attack if you attack it first.

Fire Creepers (replace creepers) cause fire explosions. The explosion is slightly more powerful than before.

Hell Spiders (replace spiders) are friendly but stronger than . It got more health and it’s also stronger.

The LavaBone (replaces skeletons) is basically a red skeleton with a bit more health and it also shoots fire charges. It doesn’t burn in sunlight.

Fire TNT (replaces TNT) cause a fire explosion. The fuse is a little bit longer than the ordinary TNT block. 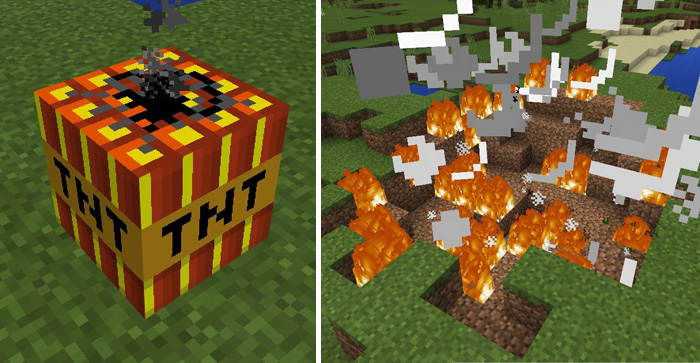 The player is fire resistant. It will no longer hurt him or her. You will also have 20 hearts of health but it will only work on newly generated worlds. Your attack damage has also been slightly increased.

Pigs will be quite valuable actually. Find some pigs, turn them into zombie pigmen and then kill them. Sometimes they will drop gold nuggets. Gold nuggets can be used for crafting gold ingots, golden carrots or glistering melons.

The Aether mobs have been sent down to Earth and are currently on a crusade to take back their supposed holy land. But luckily, you’ve formed an alliance with the Nether and together you will help fight off this crazy invasion. 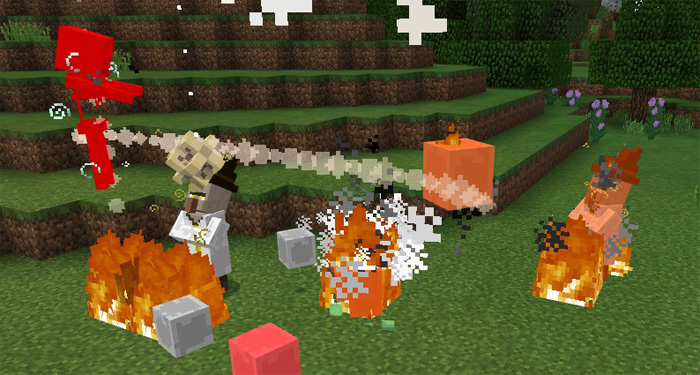 You are the NetherCaster and it is your role to protect the world you know and somehow bring peace (even if violence will be necessary) to this world of constant wars. The Aether mobs have made a recent appearance. At first they said they were coming in peace but soon all hell broke loose and a giant slaughter fest began.

Sure, you have your alliance with the Nether, but you’ve also got some items which will make your battles easier.

You can download a .ZIP file for this addon here.