The Nether Reactor was the name of a structure which you could build before the Nether dimension existed on Bedrock (previously Pocket Edition). It essentially made it possible to generate a small piece of the Nether in the Overworld by building the structure with a specific set of blocks. This map is a so called “No Mod” which basically means that it re-implements this feature without the use of any modding.

Once spawned in the world you will find the command block creation. Press the button on the right-hand side of the building to retrieve the necessary items.

Place Diamonds in the following order to get the Core Reactor:

You can continue the guide by reading the Guide Book in-game. Eventually you will have created a structure as seen in the image down below. 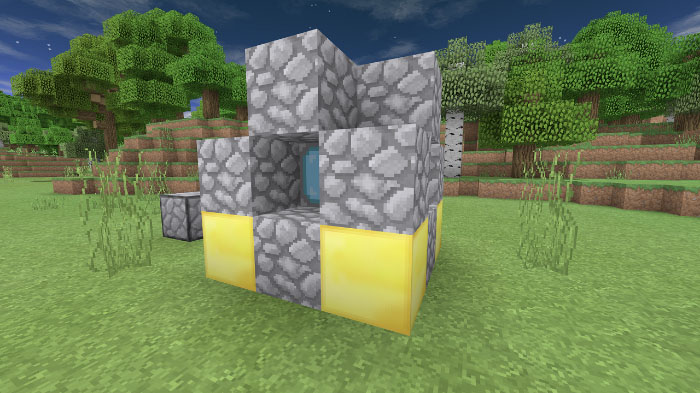 To activate the Core Reactor you will have to spawn an Armor Stand so it isn’t really the same process as it was back in 0.15.2 and earlier versions, but it is as close it gets with command blocks and no mods.

What is a “no mod”? A no mod is a command block creation adding a non-existing content to the game ( new items, blocks, craft,…).

It’s existing since the 1.0.5.0 mcpe update ! -> You are a YouTuber ? Feel fre to make a vid about my map ! Jsut don’t forget to give the link for download it, the link of my channel and credits me !