The Nether is by most records the most hellish environment you can experience in Minecraft. In other words, it’s not usually a nice place to be since there are lots of creatures out there to get you. However, if you for some reason think that it’s a little too easy to survive in the Nether then give this addon a try and see for a how long you can last.

Zombie pigmen, wither skeletons and magma cubes are all hostile toward the player and some of them also more dangerous since they’ve acquired a new set of skills. For example, the blaze shoots fireballs which impacts large area and causes a lot of damage. 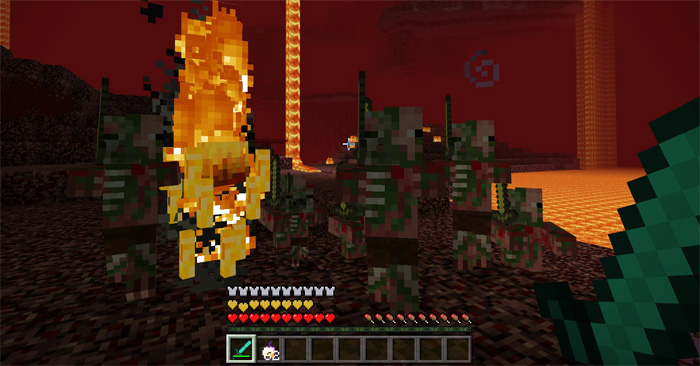 Eggs have an increased spawn chance to more frequently spawn chickens when thrown. Most of the Nether mobs hate chickens and as a result it makes chickens the perfect tool for baiting the Nether mobs. 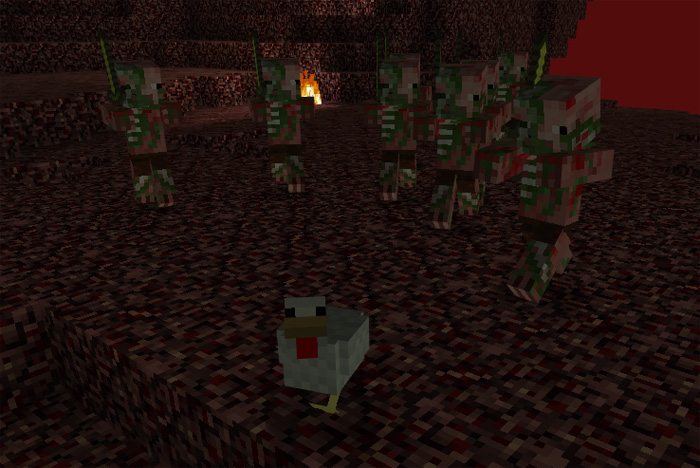