Night vision isn’t exactly one of a human’s best qualities. That’s why we have advanced technology like night vision goggles to enable that feature for us when it becomes a necessity, such as in war.

Minecraft is similar to the real world in that sense. During nights it’s almost impossible to see unless you place down torches every step you take. If you want a more nifty way of seeing in dark then get the Night Vision Mod. It will enable you to use two separate commands based on whether you want to see in dark or not.

What does it actually do?

While night vision goggles surely would have been something epic to have in Minecraft PE this is an attempt at something similar. Basically what it does is that it sets all blocks in the game to the brightness level of 15. As the entire world is made out of blocks it lightens up the world a lot you will notice. 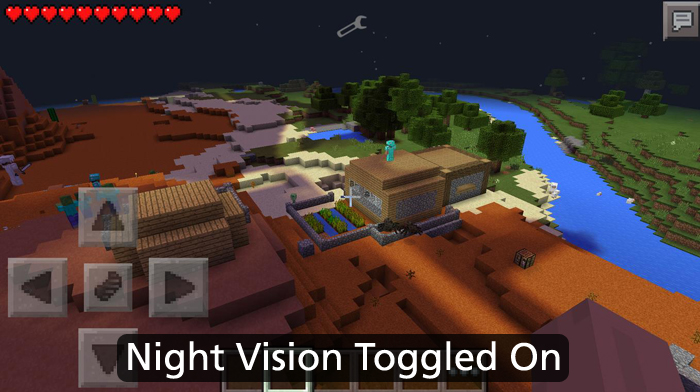