This is an addon which introduces three new mobs to the game and all of them are useful in their own way seeing as they are all friendly toward players. This addon is inspired by Ninjutso (ninjas) and Naruto. So if you are interested in either of those topics then you will likely enjoy this addon as well.

There are three different mobs and each of them can be spawned by players simply throwing different items. The mobs are basically helpful soldiers who will help players fight monsters for a fixed amount of time before they disappear into the void.

Shadow Clone (Creeper): This mob is a clone of yourself and it can be spawned by throwing a Shadow Clone item (Snowball). It attacks any monster anywhere nearby and it’s very strong. However, it despawns after 10 seconds or if it gets attacked by an enemy.

Susano’o (Blaze and Blaze): You can spawn the Susano’o by throwing a Susano’o item (Egg). There are two different mob spawns and they include the Normal Susano’o (75% spawn rate) and the Overpowered Susano’o which has a crossbow (powered with fireballs) which it uses to shoot its enemies. Both of the mobs despawn automatically after 60 seconds. 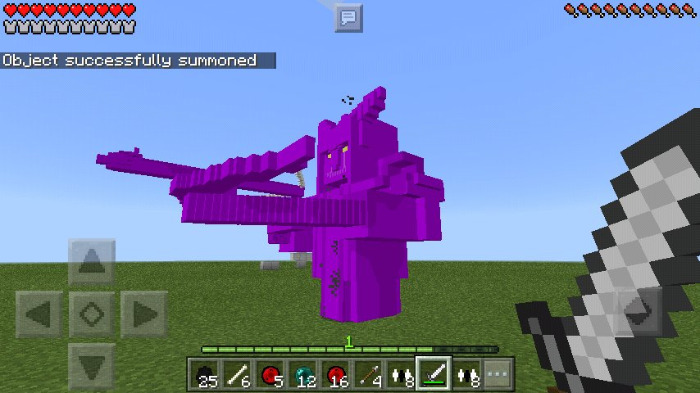