Obscure Prehistory is a new addon in development that focuses on the obscure and unknown creatures of Earths Past. Currently the Second beta contains the basal ankylosaurian known as Minmi, a large ancient Armadillo relative known as the Glyptodon, a large tyrannosaurid known as Zhuchengtyrannus, and the small northern tyrannosaurid called Nanuqsaurus.

NOTICE: you are not allowed to make you own download of this addon. If you decide to cover this addon on Youtube, link this MCPEDL page for the Download. This addon will only be posted on MCPEDL and MCPEDL only, if there are downloads on any other website please ignore it or report it.

The Minmi is a small ankylosaurid dinosaur from Cretaceous Austrailia, they spawn in the badlands and are docile. They act very much like pigs and are attracted to Carrots. 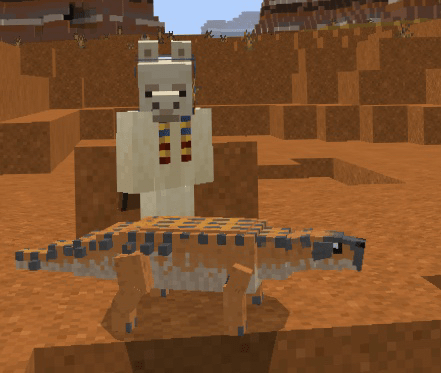 Minmi’s are easy to tame, with the hardest thing about the taming is acquiring a saddle. 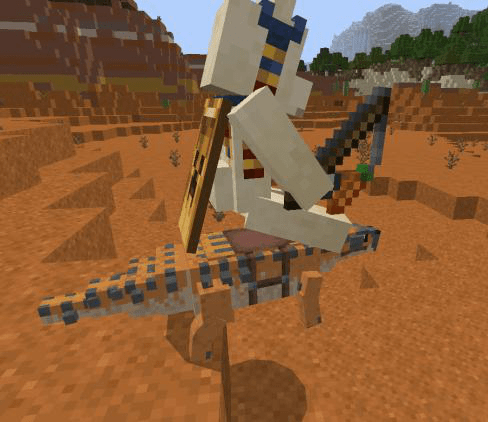 The Glyptodon is an ancient Pleistocene relative to the Armadillo, found in both the America’s. They can be found roaming the Taiga biome. You can’t do much with it at the moment, you can however attract and breed it using wheat. 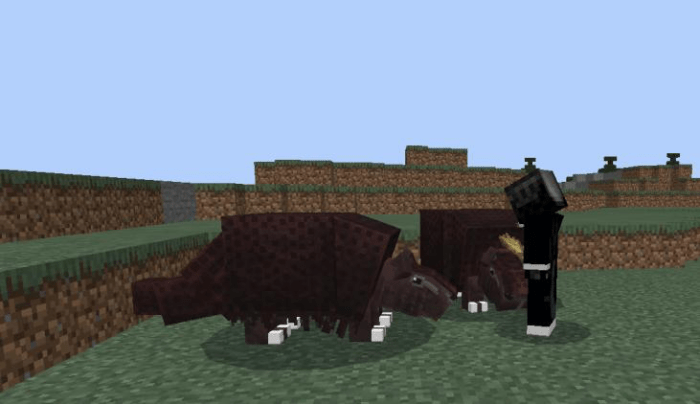 In the future, more features to the Glyptodon such as more health, taming, and ability to ward off hostile mobs. 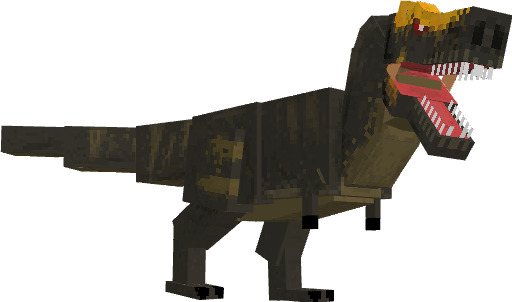 Zhuchengtyrannus is a large territorial tyrannosaurid dinosaur that resided in what is now the Shandong province of China. It is untamable and highly dangerous, going after the player once spotted. Be careful of its powerful bite. They roam the Jungle Biomes. 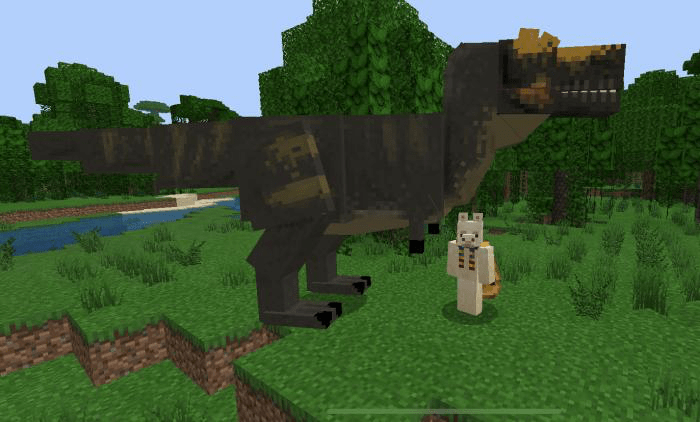 Nanuqsaurus is a relatively small Tyrannosaurid dinosaur that resided in what is now Alaska. They are aggressive if disturbed and can only be tamed when they are juveniles. You tame them with a bone and can mount them once they grow. They reside in the Taiga and snow biome’s.
*Nanuqsaurus Mounting is currently glitched* 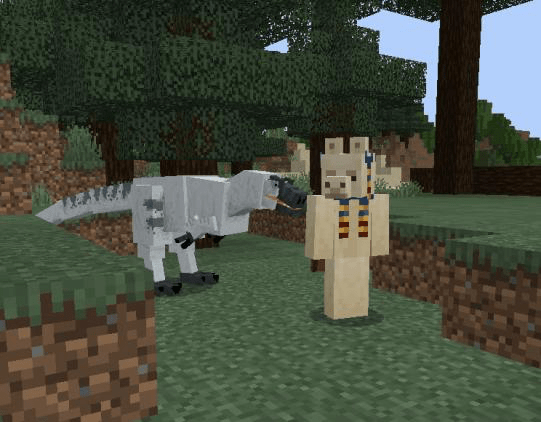 I recommend playing the Mesozoic Biology addon along with this addon.

Though there are only four mobs in the addon at the moment, more features such as display statues, sleeping, and sexual dimorphism are planned (along with new mobs of course). If you would like to be up to date with this addon’s progress, please check out our discord server!