The Pirate Ship Battle map is a map where two separated teams will be participating in a battle on the sea. Through the use of Sethbling’s clever TNT cannon invention you will be firing TNT blocks like cannonballs at your enemy’s ship. The one remaining team with the most survivors and the whollest ship are the winners.

To play this map at least two players or more are required. The two teams who will fight are the pirate team versus the colonial team.

Each team got its own ship. The goal is to strategically use the TNT cannons to explode your enemy’s ship. The ship that is the most destroyed will be consider the loser.

How to use the TNT cannons?

The TNT cannon is built using three TNT blocks. Begin by first tapping the bottom and the upper TNT blocks as seen in the image below.

There are more TNT blocks in the chests on the ship which you can use to reload the cannons. 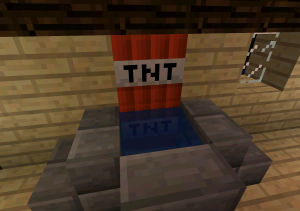 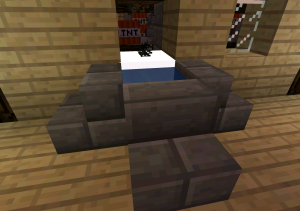