Pixelmon PE is an advanced Pokémon mod for Minecraft Pocket Edition. Even though it’s currently released as a beta version it has loads of features and many of them work quite well. You can catch Pokémon, duel others and use items such as the Pokedex to view detailed information about your Pokémon. Even for the fact it’s still being in beta it definitely is very fun to use and is most definitely worth testing out!

Before spawning in a world you will get an option to select which Pokémon you want to start out with. In this case I selected Charmander. 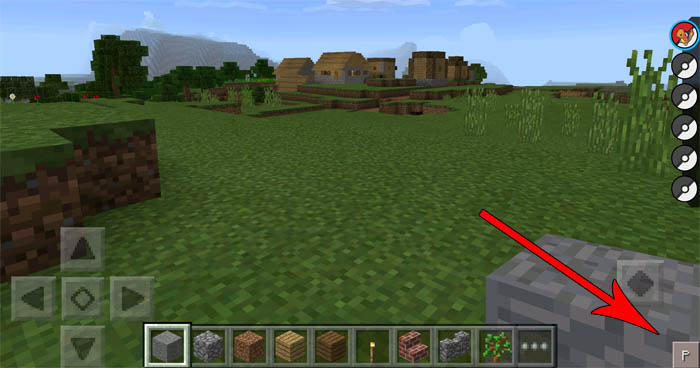 To catch Pokémon you will need some Poké Balls. There are three different types of Poké Balls and each of them have different chances (%) of catching Pokémon.

In this case I got an Ultra Ball. Throw it (long-tap) at a Pokémon (like a snowball) to catch it. 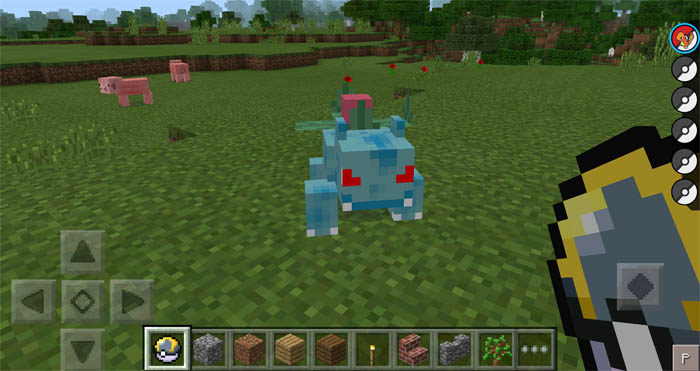 If you are successful it will appear on the right side of the screen among your other Poké Balls. You might need to press P in the bottom right corner in order to see the balls. 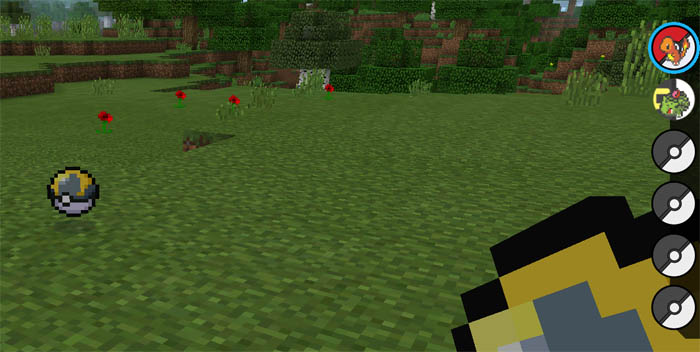 Hold down your finger on the Poké Ball to spawn the newly caught Pokémon.

Some Poké Balls require some type of apricorn to be crafted. Apricorns can be harvested by breaking the tree which looks as seen in the image below.

There are four types of apricorn trees:

They spawn randomly in the world. After you’ve collected at least one it can be planted on the ground to grow more and they don’t require any water to grow.

Some of the items can be used for feeding your Pokémon and helping it to level up. At the time we reviewed this it didn’t work but as soon the bug is fixed we’ll make sure to update this part.

Neither of the items can be crafted at this point. (This might be bugged at the moment!) 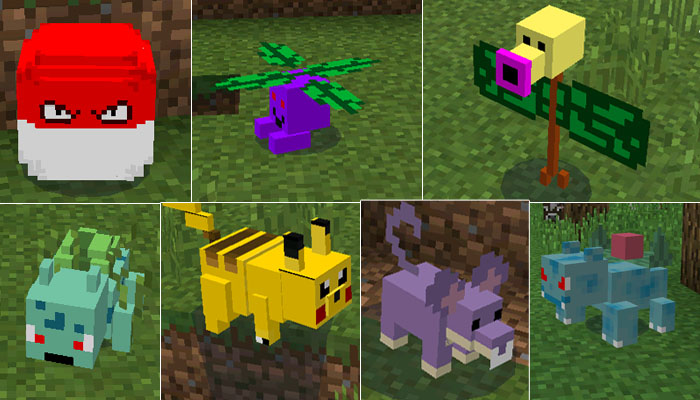 These items are currently disabled. They will be enabled in the next update.

Difficult to install? Click here to watch a video tutorial!

IMPORTANT INFORMATION: The development of this mod has been discontinued. There is a new Pokémon mod called PokeCraft which you can get here: http://mcpedl.com/pokecraft-mod/