PocketPower is the most powerful and advanced Redstone mod so far created for Minecraft Pocket Edition. The development has been going on for a long time and is now supporting both Android and iOS. But what is Redstone? Redstone can transmit power which can be used to create a various amount of mechanical structures and automatic mechanisms.

Here’s a few examples how redstone can be used.

Drop items on pressure plates to activate them.

The pressure plates can also be activated by standing on them.

There are of course many other using areas.

How to get the items?

Upon creating a new world in Minecraft PE select creative mode and your inventory will include the new items.

Here are a couple of basic structures which you can build with the use of the Redstone mechanisms introduced in this mod. Redstone torches generate the power which is transmitted by the Redstone dust which then is used to produce mechanic mechanisms such as forcing a piston to perform an action.

This structure is known as a TNT cannon as it can fire TNT blocks. Just press the button and the blocks will be ignited. 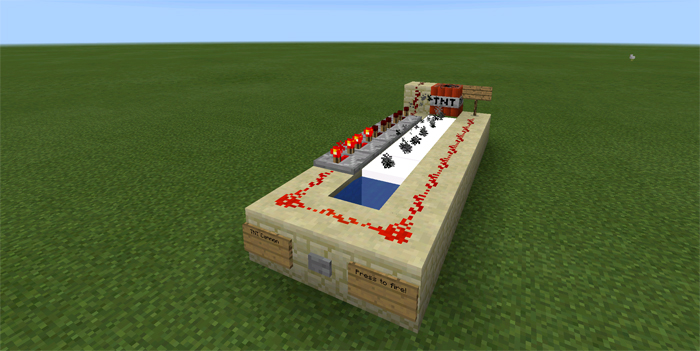 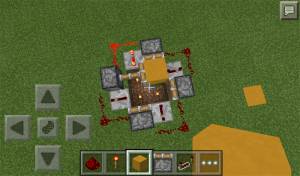 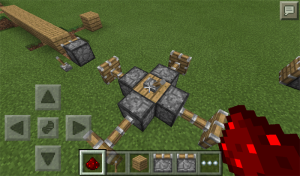 To use PocketPower (repo: cydia.myrepospace.com/byteandahalf) on iOS devices you must have a jailbroken device which will also give you access to the Cydia app that you need.

PocketPower iOS works only in creative mode for now. In the future survival will also be supported.