The Poop Add-on is silly, funny and useful and it’s even a bit surprising it hasn’t been done until now. All animals (but horses most frequently) will poop from time to time and it’s often heard by loud farting sounds. The excrete (meaning poop) can be picked up and then thrown at other entities to make them sick. Sure, it’s not the most dignifying way to treat someone, but it is for sure effective.

The Science of Pooping

Animals will now have the ability to poop and they aren’t shy about it as farts will be a common occurrence in Minecraft. Yes, it’s definitely a quite silly add-on but it also has some purposes. The poop are items which can be picked up from the ground. 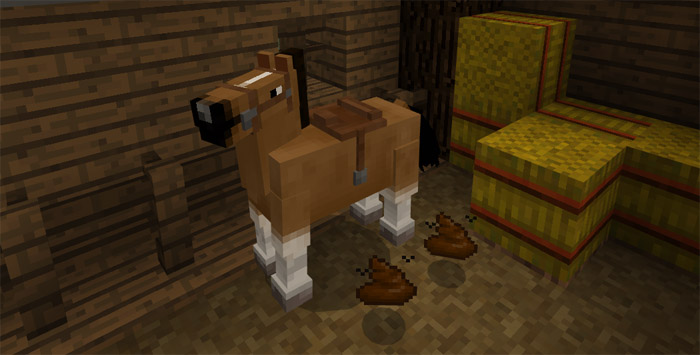 You can collect poop and then throw it at other mobs or players to cause them harm (nausea). It’s a great way to surprise your enemies. No one will expect it!