The addon is presented in beta version with only 30 dinosaurs, it will soon be updated with more features and functions. In this new beta version, dinosaurs have some different functions and animations.

Some of the dinosaurs available to the update 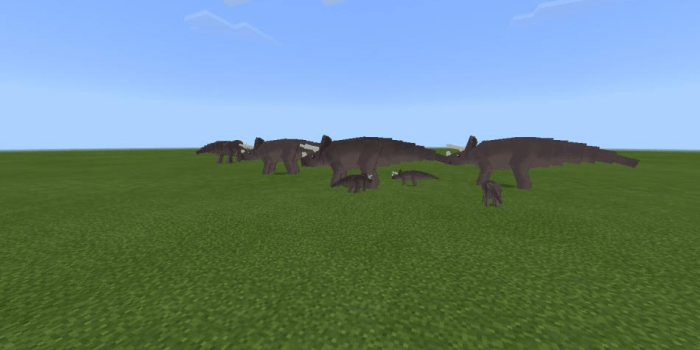 One of the most famous dinosaurs because of the films, can now be found around his world walking normally or recreating it through machines. 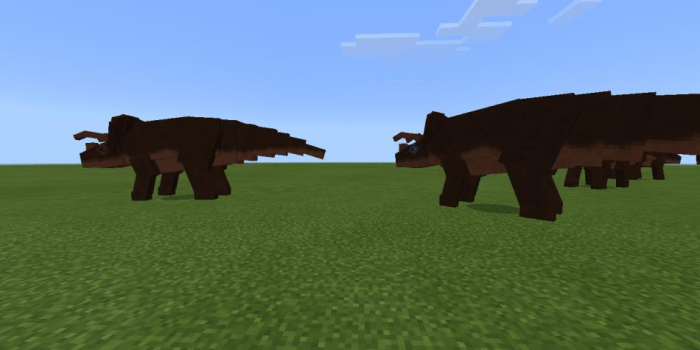 the second species of triceratops is in his world from now on and he has five skin variants. 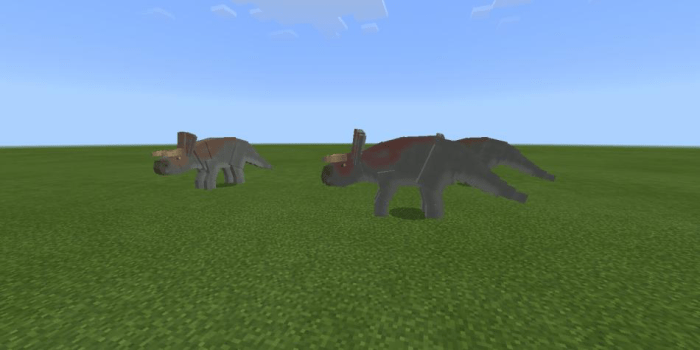 This dinosaur came straight from the battle at big rock to his minecraft world. 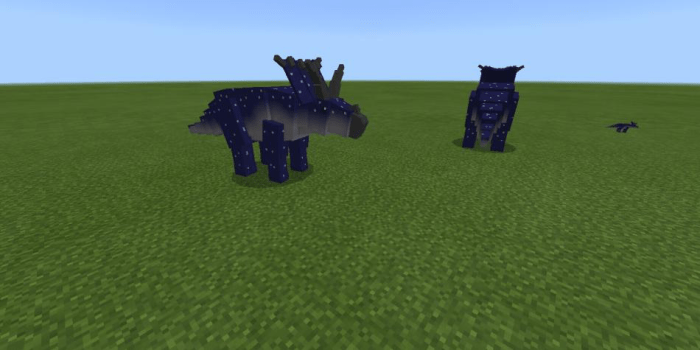 a beautiful and little-known dinosaur, it is now back to life, and its cubs can be tamed. 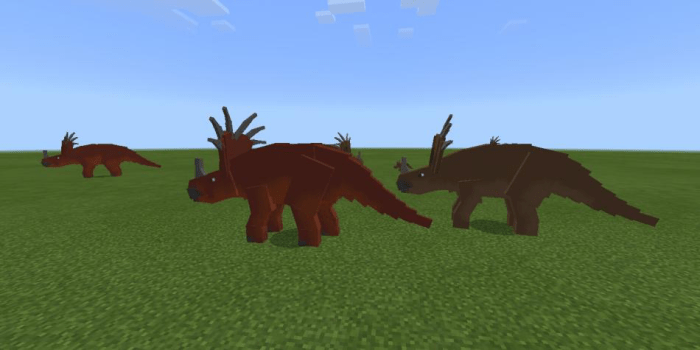 Styracosaurus can now be found in the mesa biome battling the carnivores that live there. 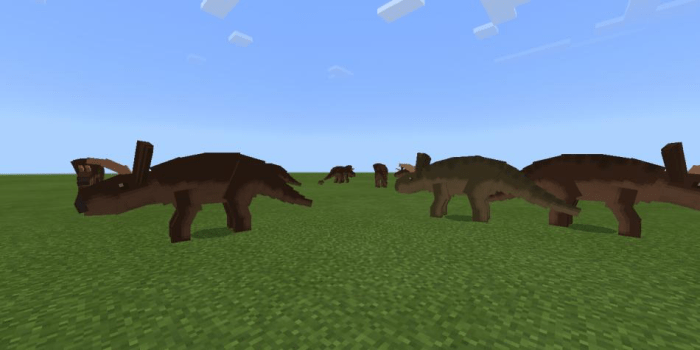 one of the smallest dinosaurs in the addon, avaceratops comes in five skin variations for your game. 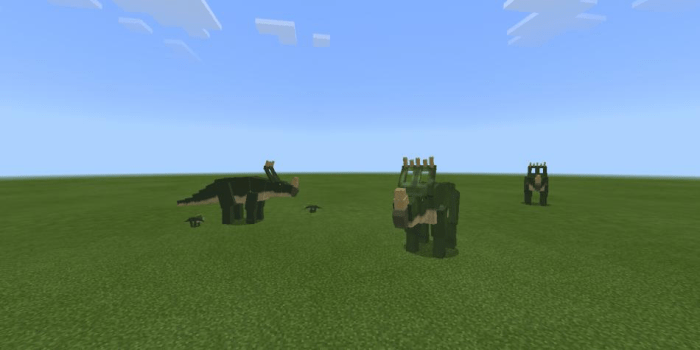 another dinosaur from the movies is present with its two skin variations. 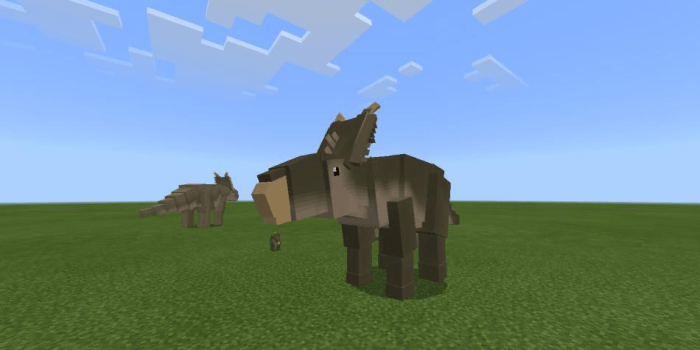 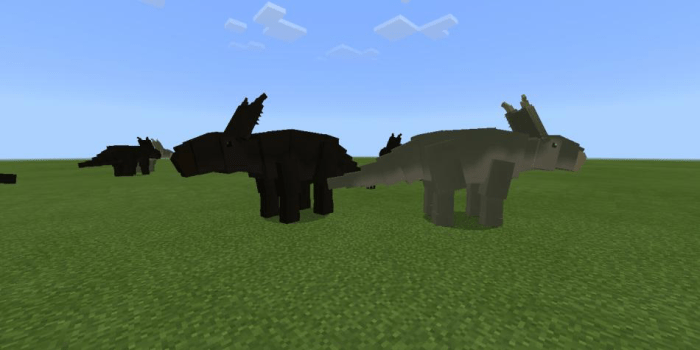 This dinosaur is very unusual and has two species in the addon.

new dinosaurs added to the addon.

all dinosaurs can be created by machines, but they will still appear naturally around the world.

correction of several bugs of the first beta.

adds growth function to some puppies.

next update will be the stegosaurus expansion