The addon is presented in beta version with only 3 spinosaurids, soon it will be updated with more features plus functions. In this beta the dinosaurs have some functions, different sounds and animations. 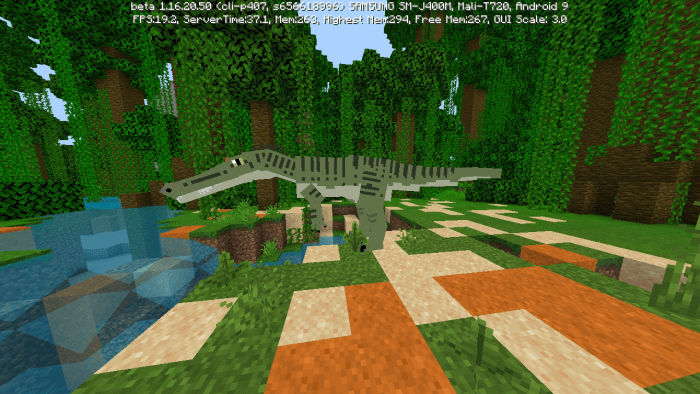 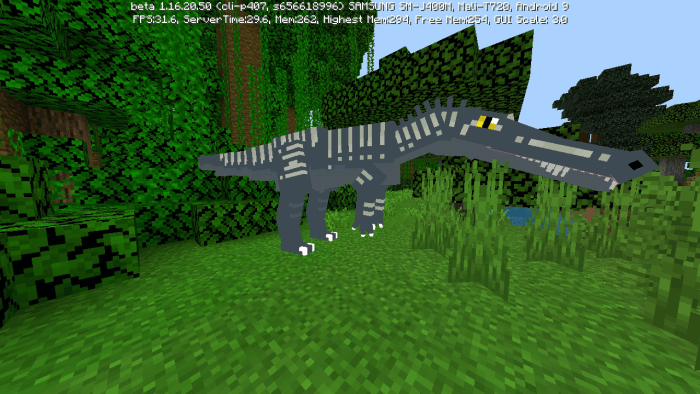 Baryonyx Walkeri – Has its real size – Has 2 Texture Variants 1 male and 1 female – Attacks most mobs in the Game as peaceful mobs, their young and the other species of the addon – Remove 5 hearts from life with an attack The baryonyx spawn in Swamp and Taiga biomes 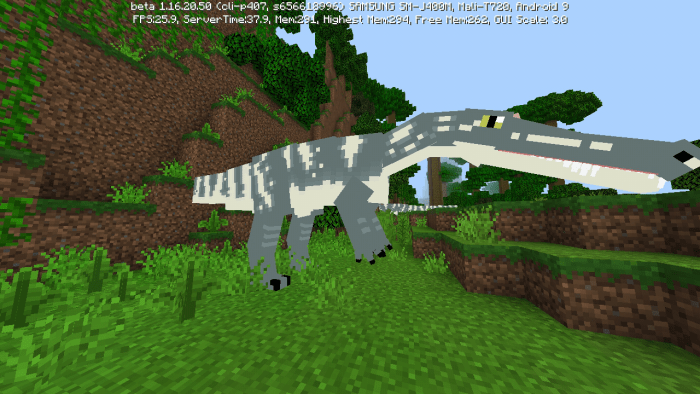 Suchomimus Tenerensis – Has only 1 texture variant – Just like Baryonyx, Suchomimus is no exception attacks most mobs in the game – Love to swim – Remove 5 hearts from life just like Baryonyx – They are born in rivers and Jungle biomes 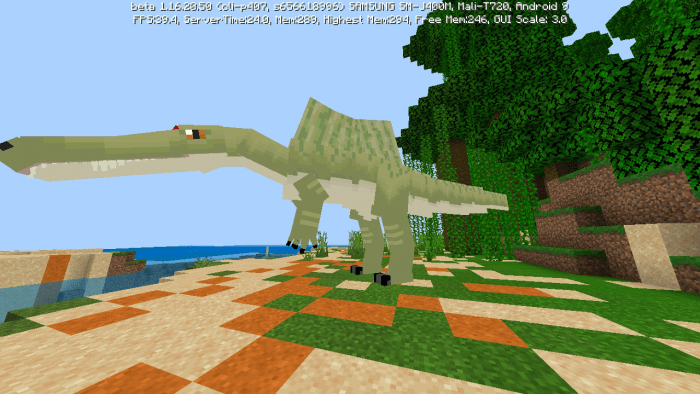 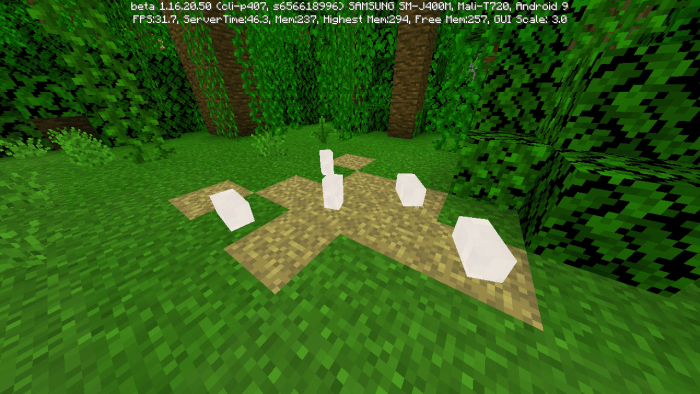 The eggs are hatched in less than 3 minutes, the chicks at birth cannot be tamed just fed and when they grow up they attack you so be careful