Sit on the shoulders of an Enderman and get magically teleported from one location another. Even smaller animals, like bats and chickens, can be used as some type of vehicle to ride on. And if you are sitting on a bat it will likely fly so this makes it possible to fly in survival mode. The only downside is that you’ve got no control over where it flies.

How to ride a mob?

Tap on the type of mob which you want to ride. To get off press the jump or sneak button. It’s not like a horse where you can control the speed and direction. You can just sit down on the mob and then hope for the best that it doesn’t run into a lake of lava.

A full list of the rideable mobs can be found further down on this page. 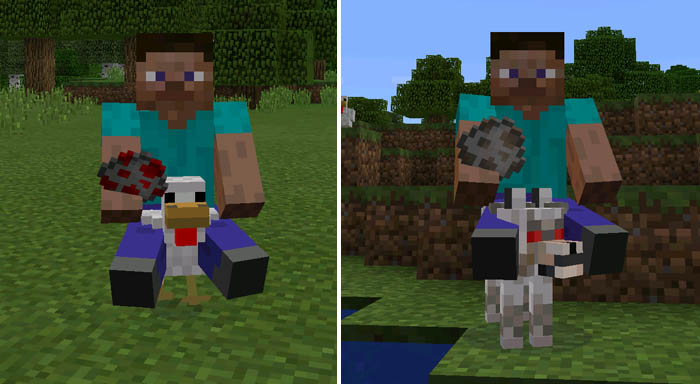