This map is based on the funny inventions by Rube Goldberg. A typical invention usually included a bunch of complicated gadgets which objective was to perform a very simple task (like this automatic back scratcher).

The Rube Goldberg World was constructed to show the new building possibilities in version 0.15.0 of Minecraft Pocket Edition. It is called The Friendly Update as it adds a good set of new blocks which makes it possible to build redstone creations which work more smoothly. 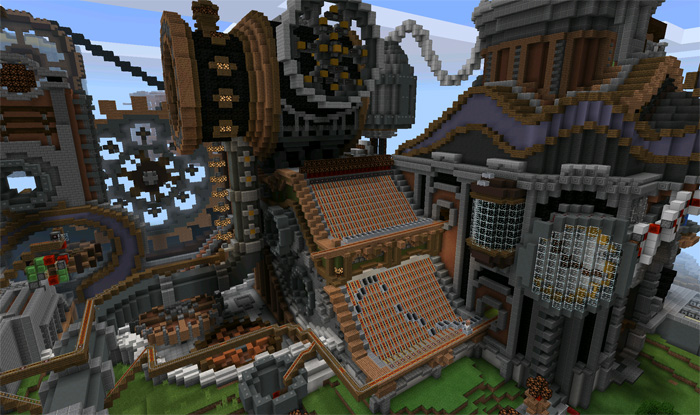 They are all equally awesome and definitely worth playing!