Santa, elves, Christmas gifts – what is there not to like? This add-on includes everything one could want for Christmas, but there’s a twist. Santa has gone mad and has turned into an evil boss which you will need to defeat. Do you have what it takes to defeat him and his evil elf minions to save Christmas? Find out today by downloading the addon!

Santa is extremely dangerous, so make sure that you have a weapon to defend yourself (and preferably some armor) before spawning him. Spawning works just the same way as to spawning an iron golem.

To spawn Santa you will need four iron blocks and one pumpkin. The textures for these blocks have both been retextured. 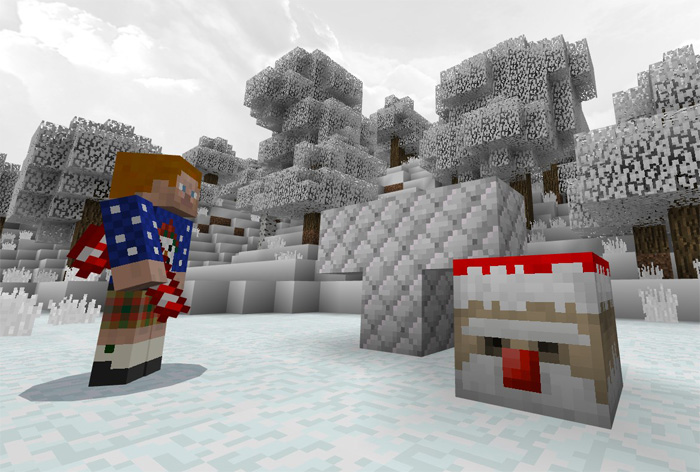 Santa has a lot of health (500 hearts) and has three different attack styles. 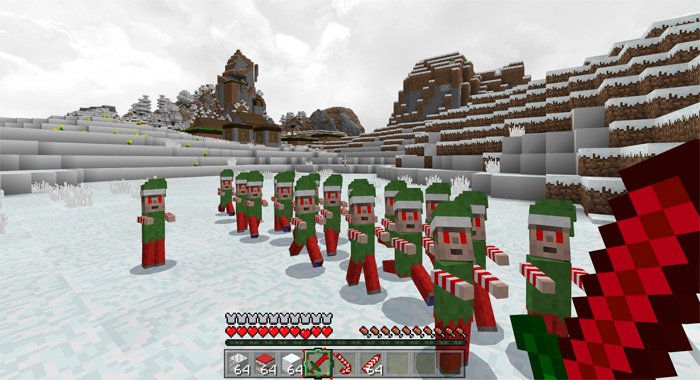 Defeating Santa will bring you many rewards. This includes things like Santa’s hat and clothes (diamond armor) and other valuable items. 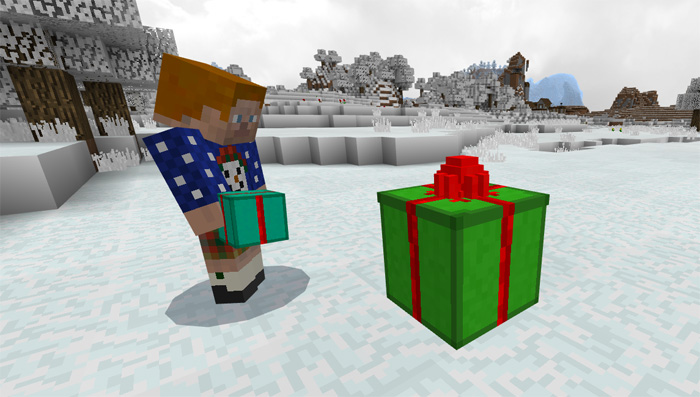