Immerse yourself in an entirely unique RPG experience for Minecraft Bedrock edition! Quests, Faction Wars, Dungeons, and more await you in this difficult and immersive twist on classic Minecraft SMP! EARLY ACCESS BETA — Come and see!!

Hey.   Are you looking for an immersive and challenging Minecraft server? Something with RPG influence; dungeons, quests, pvp between factions?  Introducing BumbleCraft!

Bumble is a project that we, a team of twelve, have been working on for awhile, and while it’s still early and has a ways to go yet; we want some folks to join and help us test and stuff! We’re taking inspiration from the likes of RLCraft and Wynncraft but putting our own spin on it, and despite the technical limitations of Bedrock Servers, are forging a unique experience unlike anything else currently available on Bedrock Servers! 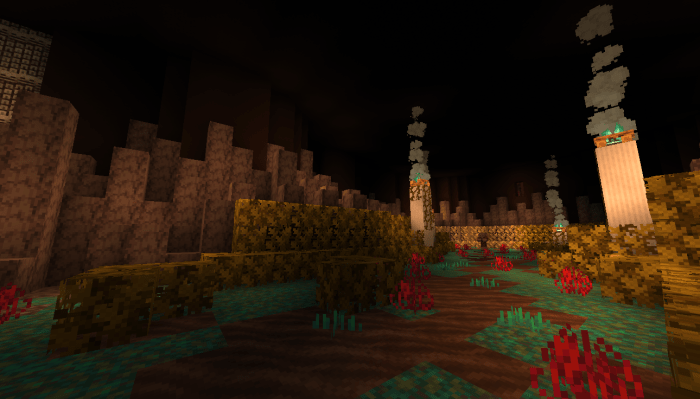 Players will begin in Harvester Town, and from there they will be able to set off into the wilderness to play like normal SMP, or they can talk to NPCs to start quests and explore dungeons to fight bosses (…. if strong enough). Dungeons are multiplayer friendly and will not break when ran alone or with a group! 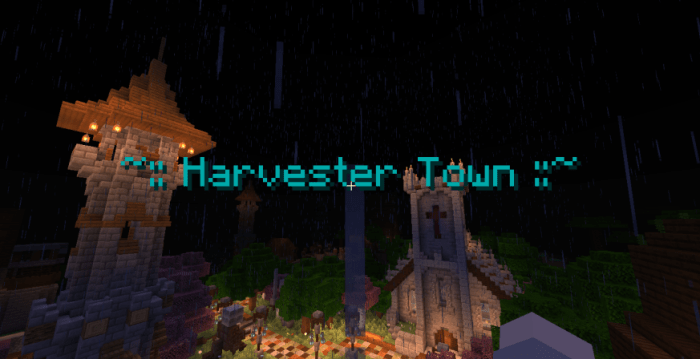 Making use of new features in 1.16, we’re also able to rig the world up so that players can’t break or place blocks in certain areas; meaning no griefing or cheating through dungeons/towns! 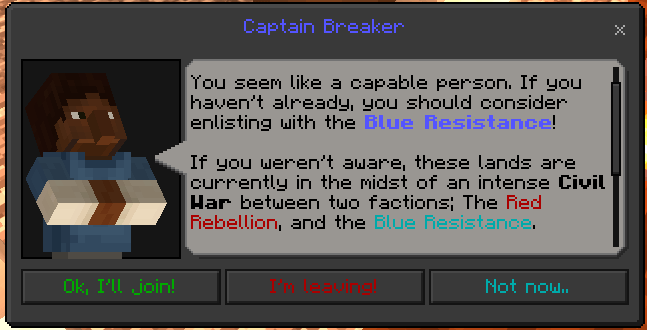 We’ve also taken notes from games like Skyrim, in how they handle Civil Wars!  Once you’ve arrived in Harvester Town, you’ll be able to find two Recruitment Barracks on either side of town – a Red one and a Blue one.  Speaking to the NPCs that man each fort, you’re given the opportunity to join one of the two factions!  Joining a Faction gives you access to faction-only quests, traders, gear, and content! Compete with the opposing faction for control over the numerous forts that dot the landscape!

Joining a faction enabled PvP between you and players on the opposite faction – players who share your faction or civilians who aren’t part of either faction cannot be hurt/attacked by players or attack other players!  This approach allows us to cater to both casual players and PvP players! So whether you want to farm and explore, or become the greatest warlord of the land – BUMBLE has you covered!

ARE YOU A DEV OR ARTIST?
Consider joining up with Bumble and contributing content for the server! Even if you just want to draw up some items, weapons, or armor – submit it in our Contributor Corner in Discord and we can make your content a reality! Come get creative and Bumble with us! 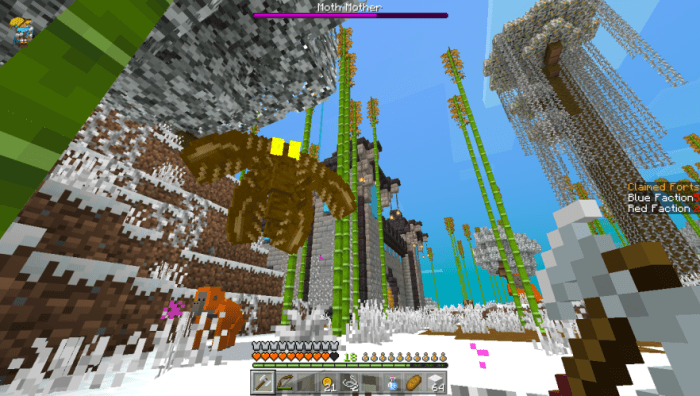 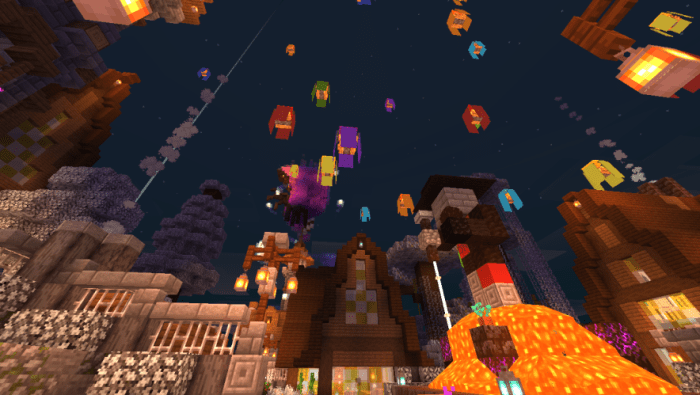 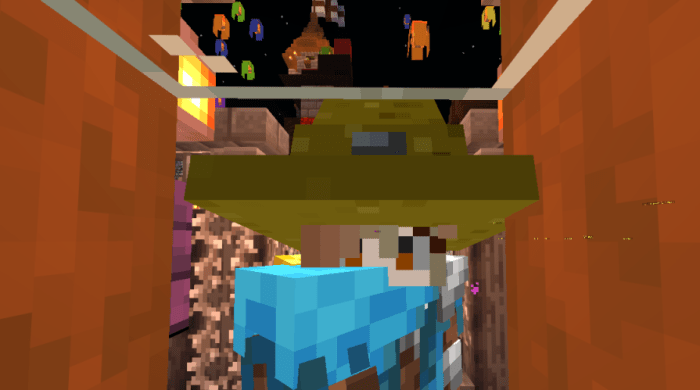 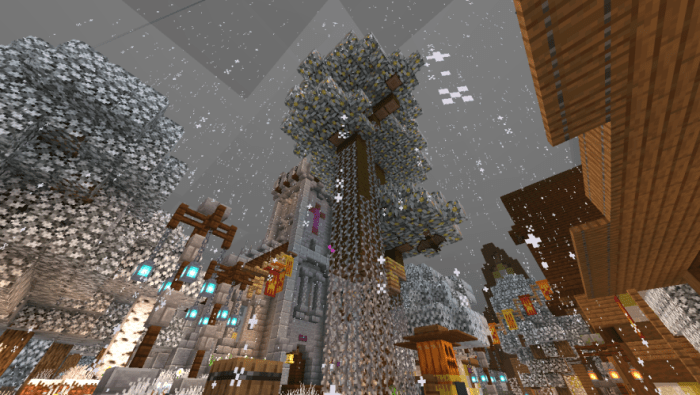 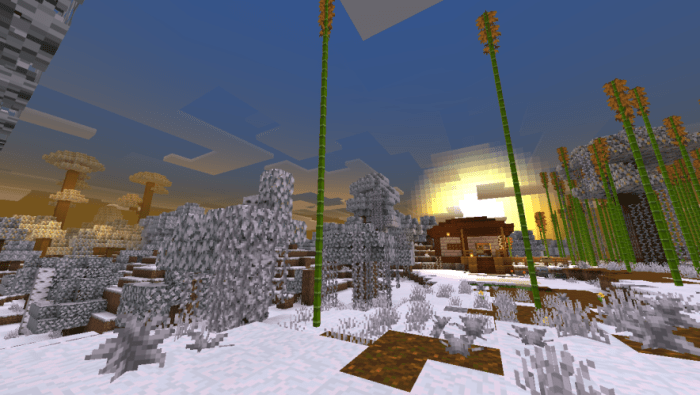 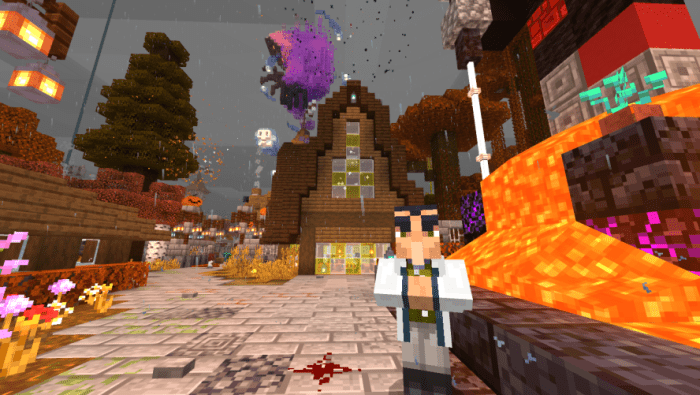 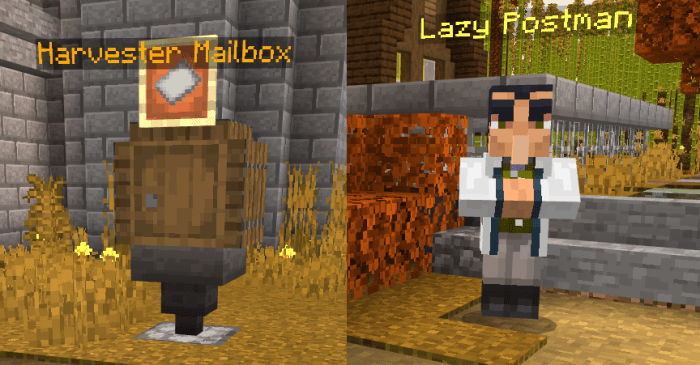 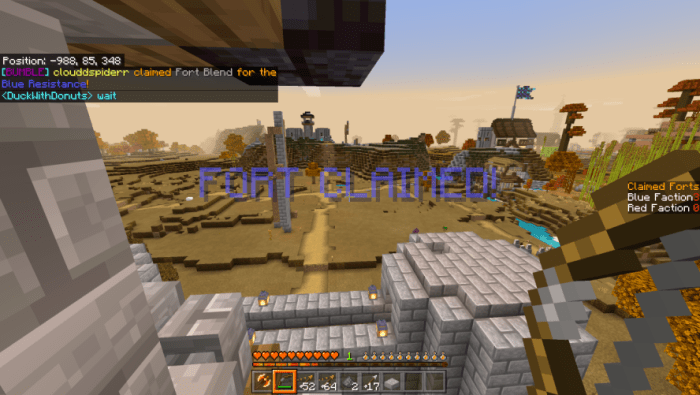 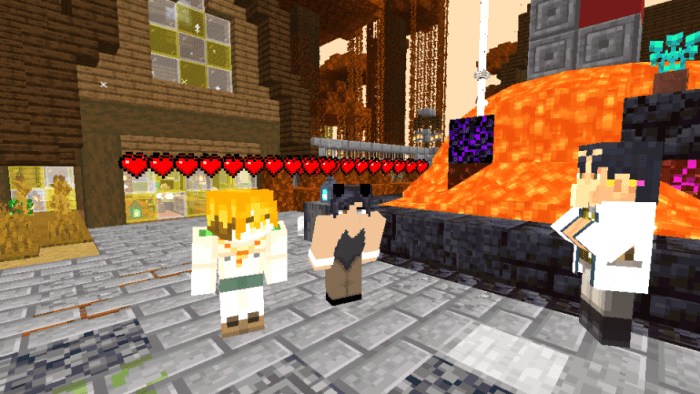 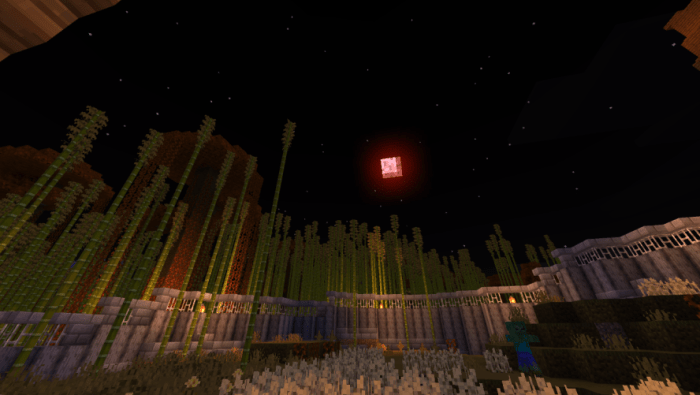 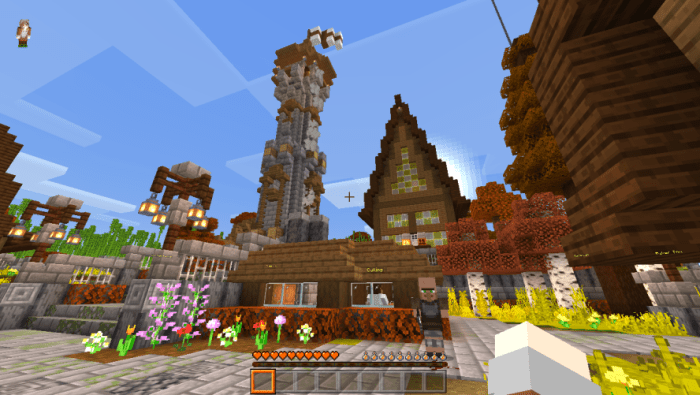 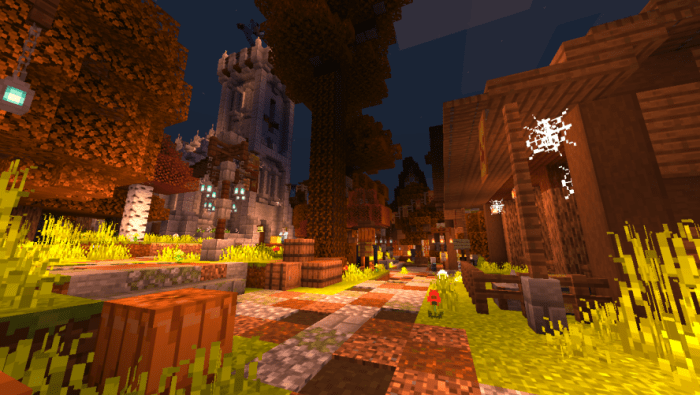 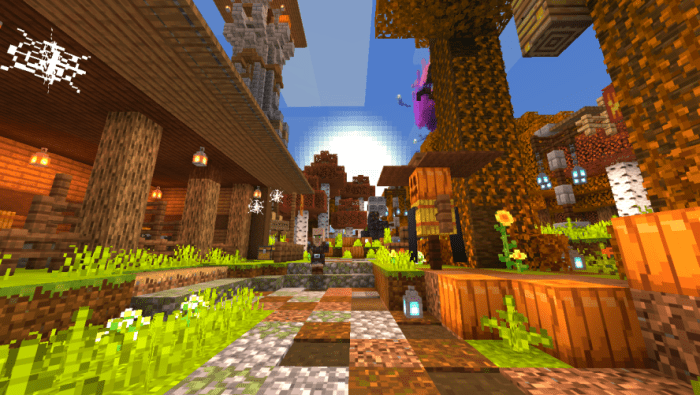 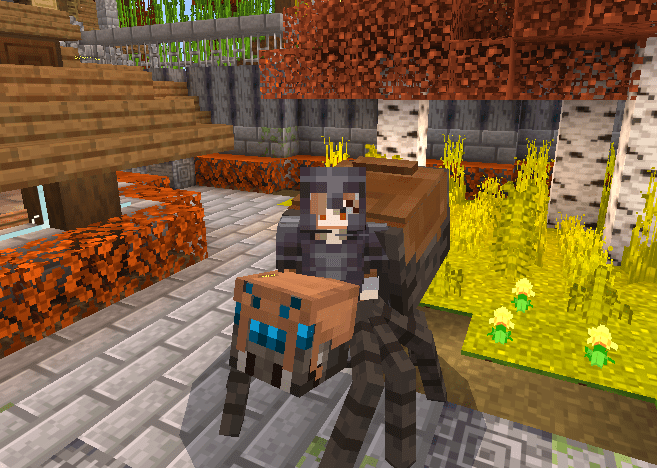 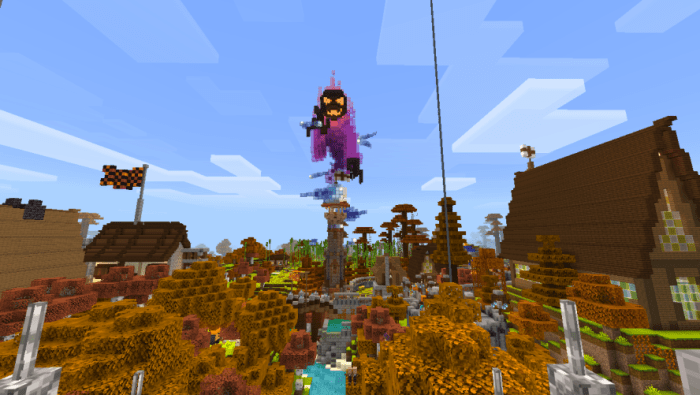 Join us as we expand and improve this project! Come and BUMBLE with us!

NOTE: You MUST join the Discord server and apply to be whitelisted. We cannot guarantee everyone will be whitelisted in a timely manner; bare with us!

Come join one of the most ambitious Bedrock servers as we continue to push the boundaries of modded Bedrock Servers!!

Come bumble with us!

come bumble with us!

- Added a fancy new Weapons Smith to Harvester Town who will now sell you a myriad of weapons in exchange for bumble coins.

- added bumble coin; the in-game currency used with traders and rewarded from quests.