MSMPFun, or Mocha’s Survival Multiplayer Fun, is a simple survival server. (That has keep inventory on.) You can have fun with your friends here, or meet new friends. But if your going to join, don’t hack or I will put you in a bedrock box.

MSMPFun is just a survival server to play with your friends. There aren’t any crazy plugins that explode the world. (But there are command blocks)

You can do whatever you want. There aren’t really any big rules exept don’t hack, spam in chat, or doing anything that you should be punished for. Here is a list of things you might get in trouble if caught doing:

Basic hacking such as x-raying, pvp, or movement based hacks (flying, slowfall things like that are movement hacks)

Advertisement (Things like your youtube channel or another server being spammed in chat, but it’s ok to say to your friends something on the lines of, “hey do you wanna play on this other server called _____? I’m getting a bit tired of this one.”)

Saying hurtful and/or not nice things in chat to people (things like, “ur ugly”)

So, even though it’s a simple little server, you should not hack or grief, or do any of the things listed that you could get in trouble for. As I said, there aren’t plugins so instead of you getting banned, you will be put in a cold dark bedrock chamber, or i can set up command blocks to annoy you. (I’m pretty good at command blocks so be warned) If somebody reports you hacking in chat, I will come and monitor you for a bit using a hacking account myself so I can see if you are x-raying or doing something else. If this does happen to you, you will not notice, know, or see me. (or at least you shouldn’t) 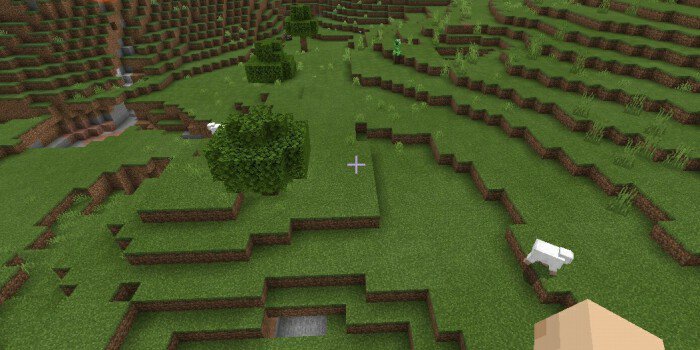 As the server develops I will probably figure out a way to make up for no plugins with command blocks.

NOTE: IF THIS SERVER RANDOMLY STOPS WORKING FOR YOU (as in you can’t join) THEN THERE ARE TWO COMMON REASONS WHY 1: The website I am using for the server has changed the IP which would be extremely rare (also i have to tell it to do that so don’t worry) or 2: I kicked everyone, turned the server off line because im sleeping or something, (The server hosting website does it automatically if no one is online) and/or I whitelisted the server for fixing or repairing something. If #1 happens, don’t panic. I will probably upload the new IP on my Youtube channel called MochaThower, or I will comment it within a couple hours or days.

If you upload this or show off this server somewhere else, please put the link to this website. PLEASE. Also, don’t claim this as your own!!!!!!

I Added More Detail. Also Edited The Featured Image On This Page.