SG Cloudy Warfare is a great creation by the SkyGames building team. It’s a map which features several different PvP minigames and maps included in one single world download. It includes six different modes such as Bomb Defusal, Capture The Flag and Team Deathmatch and more are likely being added in the future. It’s a great map to play with friends both for LAN parties and Realms gameplay.

CHRISTMAS IS HERE! The Festival map has been removed as it was a borrrinnggg map! Play in your favourite christmas arena by the: HeroPixel Team! 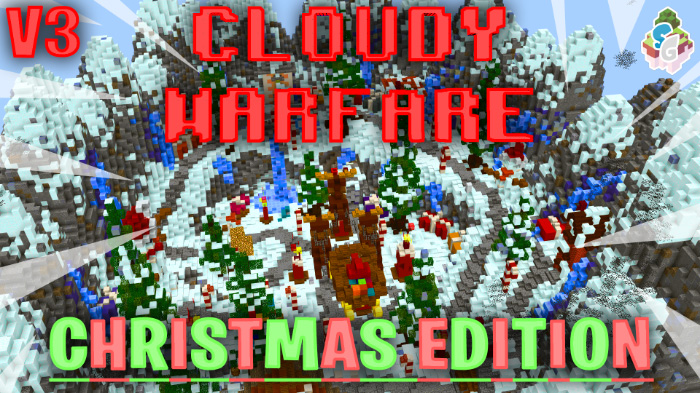 Game starts by teleporting into the selected arena. Fight your friends in intense battles. The last person standing will be the winner.

Fight together with a group of people against another team. You’ll spawn at your base and then have to fight it out with the opposing team. Each team has a total of 15 lives and by killing an enemy of the enemy team their score will go down by 1 point. As soon as one team reaches 0/15 lives, the other team wins!

You’ll start out the minigame in your team’s base. One player will be selected at random as the criminal and will have the objective to carry a C4 Bomb. It’s their objective to place it bomb at the enemy’s base (Blue Circle).

Kill the other players to get them on your team. You can also die to switch teams, so watch out! The game ends as soon as all players are on one single team.

It’ll start out with one cop and all other players as criminals. The criminals have to survive for 4 minutes. If a criminal dies then he will become a cop and can’t return to the criminal team. The criminal wins when the time runs out, and the cops win when all players are on the cops team.

Capture the enemy flag and return it to your base!

A good area suitable for team minigames as it has a lot of buildings and open spaces. The arena is built with a red and orange theme of war zones. Here you can expect a lot of spawn points and chests. 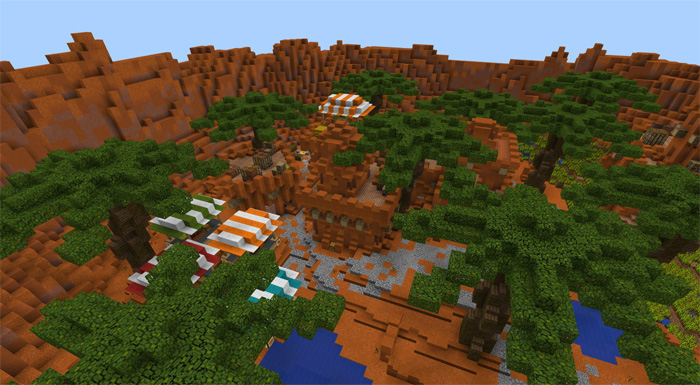 This map is suitable for Take-Over or minigames that need open spaces. The build consist mostly out of a lot of houses with one large house in the middle. The theme is based off the first Minigame Festival maps (also by SkyGames). There are less spawns in this map and also a less amount of chests to make the game a bit more hard. 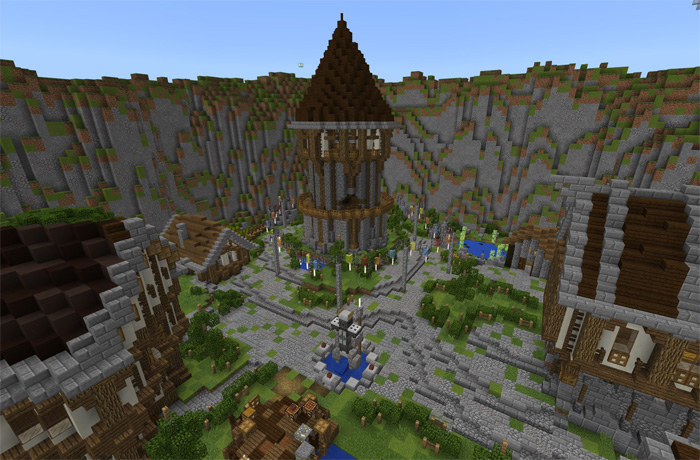 A complex arena which makes use of a lot of different game mechanics and underground hallways. It’s suitable for Infection and Bomb Defusal.

Spacebound is a space themed map with loads of hallways and fighting arenas. This map is especially great for the new CTF (Capture The Flag) mode! 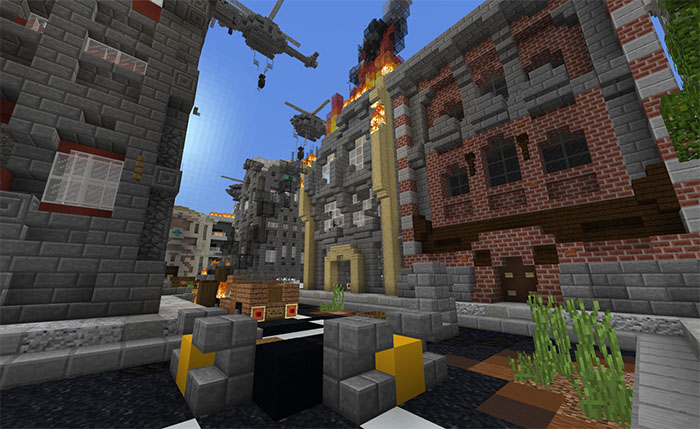 You can expect more modes and maps in future updates!