Skywars The End is a player versus player map situated high up in the sky. There are more than ten different floating islands which means there are plenty of room for many players to be playing at once competing against each other. It does appear to have been ported from the PC version of Minecraft because some of the builds look cut off. That happens because the sky limit is only half the height compared to the PC version of Minecraft. 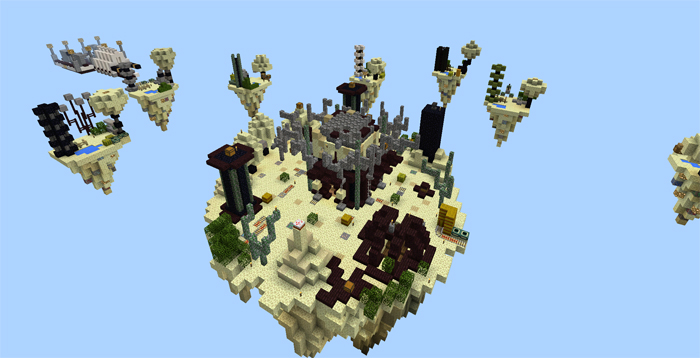 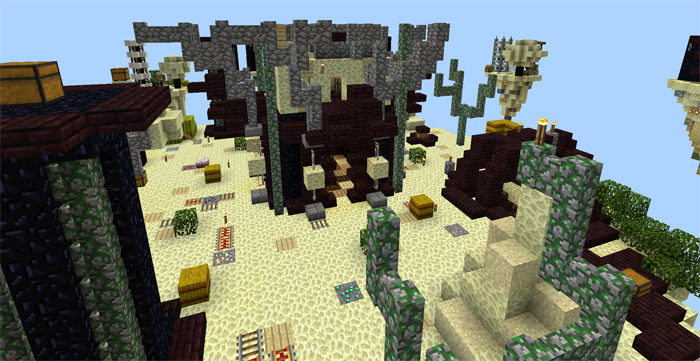