This is a project that I have been working on. It adds zombies, bandits, neutral survivors, and Quite a number of guns…

Since the spawn rates are set very high, zombies will be everywhere! But if you are one step ahead of the zombies, there’s still bandits. 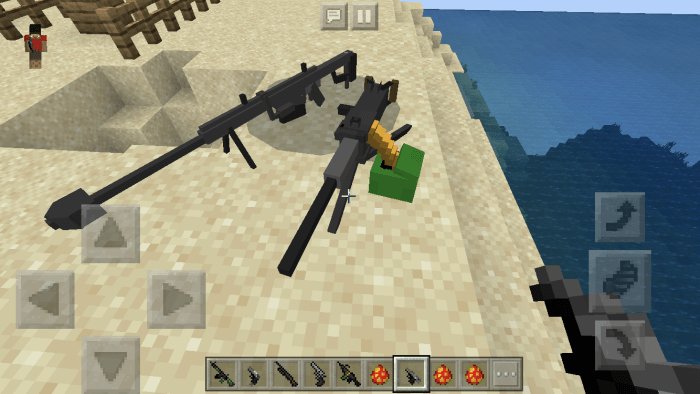 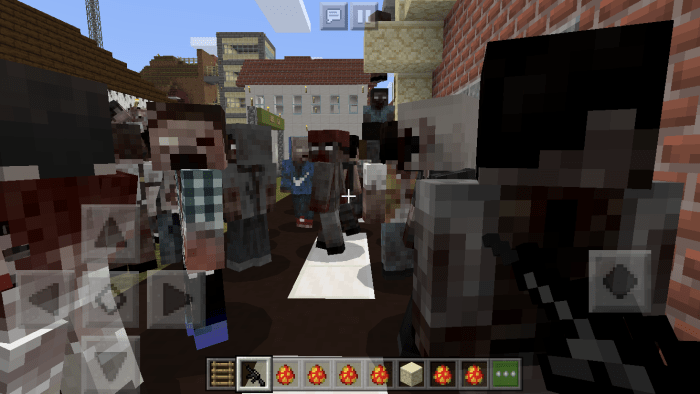 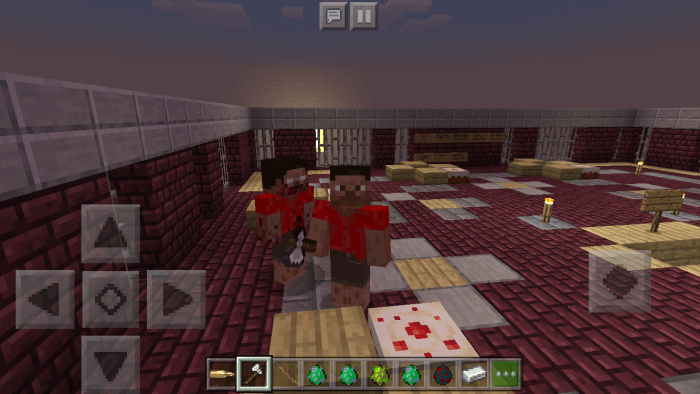 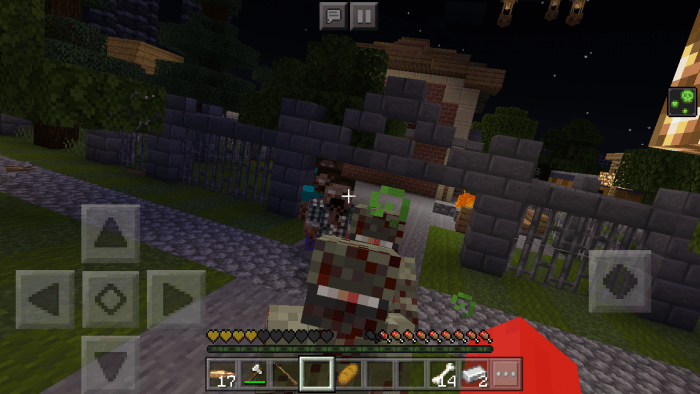 This has been a project that I have been working on for long time. It has been my custom addon and I want to share it!

ALSO, an Easter egg is the zombie in the red shirt and brown shorts. It is my skin that is zombified. It’s not that common to see it spawn.

Zombies (Walker, runner, brutal_zombie, zombie police, zombie soldier, zombie1-4) These zombies do not burn in daylight. They will go for players, addon NPCs, and villagers. If you or NPCs are bit/hit by these zombies, you will have a lasting poison effect.

Airdrops- This drops guns as well as cure needles(milk).

Special Infected (Riot zombie, boomer) The riot zombie has armor and can take many shots to kill. Is as fast as a normal zombie so RUN. Boomers are what they sound like. They explode survivors and turn them into zombies. Is like a creeper that hits before exploding.

Military/Police force (police, soldier, hazard suit, female variants) These NPCs will shoot at zombies, and are neutral towards players and bandits. Upon dying they will reanimate into a zombie version of their former selves (EXAMPLE: Soldiers will turn into zombie soldiers when dead). They will usually be holding weapons in their hands.

NPC Survivors (scientist, Male NPC, Female NPC) These Survivors will Spawn around the world. They do not attack, even when provoked. They will quickly run from zombies and monsters. When killed, they will reanimate into zombie versions of themselves.

Bandits (Bandit, Dreadman, Sniper, and female variants to these.) These bad guys will kill zombies, law enforcement, players, and NPC survivors. When in combat will fight, but when sustaining a large amount of damage, will surrender or run. When killed by a zombie, will reanimate into a zombie version of themselves.

Spitter (zombie_spitter) This special type of infected, will spit small, infection projectiles. Not enough to start a viral infection in the player, but can turn NPCs into zombies. Spit projectiles do about 5-6 damage.

My account is “A Tipton” and there has been too many imposters in some reviews lately.

M14- An American Semi-Automatic rifle that was originally used in America’s involvement in Vietnam. Now is used as a sniper rifle. Replaces Bow.

AK47- Everybody knows this Soviet Assault rifle made in 1947. Does more damage than the m16 but lacks in range and speed. Replaces egg.

.44 Magnum– A high damage revolver. In many video games as well as movies.

M1911- Everyone knows this iconic American pistol that shoots .45 ACP.

MP5K- This German Smg is very iconic and reliable.

Barrett M82A1 .50 cal Sniper- this Gun is a mounted sniper rifle, that has great range, damage, but lacks in movement speed and firing speed.

P90- An iconic SMG, probably the most well known for counter-terrorist missions, SCP Guard SMG, and it’s good range with low recoil and great ammo count. Can be reloaded with both rifle and pistol ammo.

Suppressor- Add these to some of the guns in the addon and you can take down zombies without them knowing your there!

3D gun models- dropped when a survivor is killed

M9- Has lower base damage than the Glock but has a higher damage multiplier.

Flare Gun- Are you surrounded by zombies? Fire a Flare into the air and that will let other survivors know where you are. They will go to your position if they can. Warning: it attracts bandits too.

M249- Infinite ammo (for now). An American SAW with medium to low damage.

Glock 18 and Glock 18 Extended magazine- Glocks with a very fast fire rate with the same damage as the Glock 17.

MK11- A DMR like the Scar MK17, but more common in military supply drops.

FAL- A semi auto rifle that deals heavy damage but has a slow fire rate. 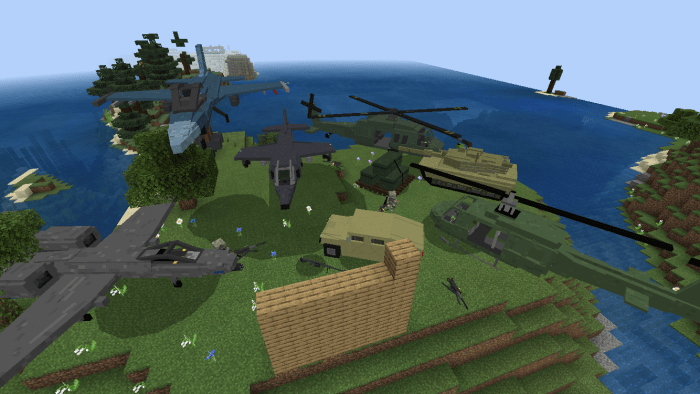 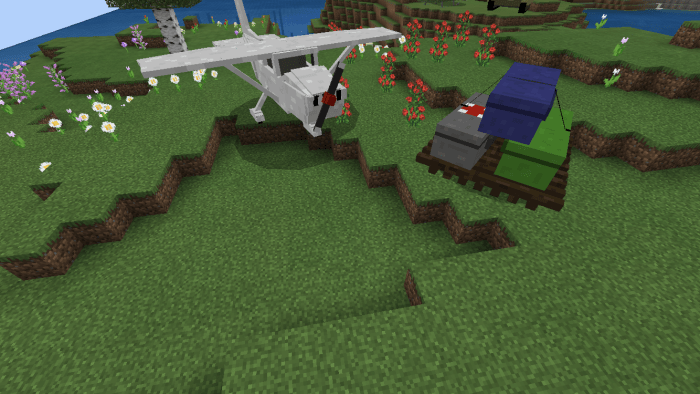 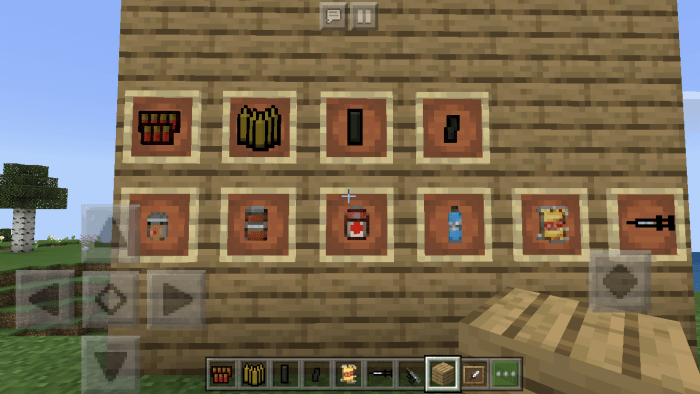 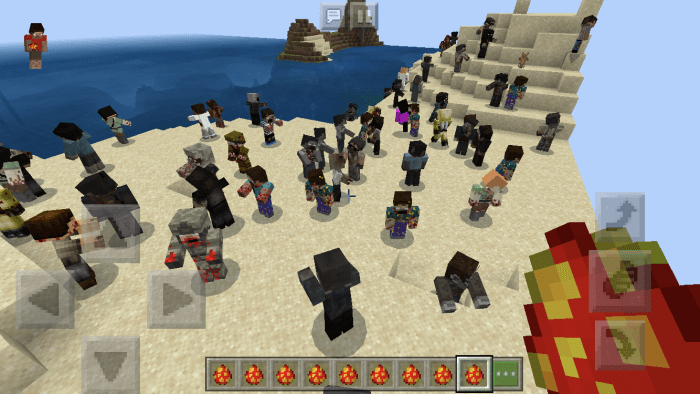 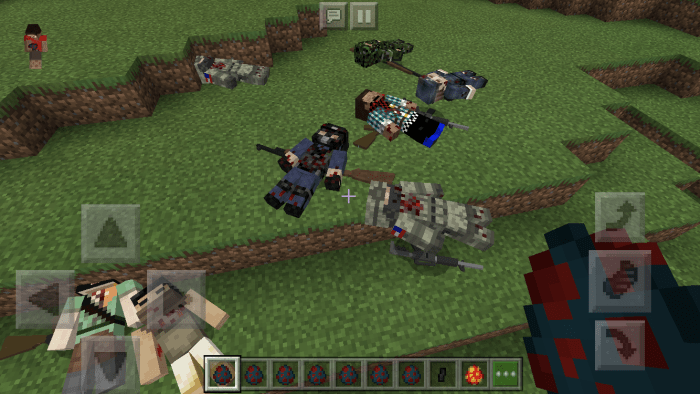 Let’s start with the images!

my cessna is in this addon too!

to fly the vehicles, look up while inside one and look down to fly down.

Military vehicles (jets) you will need to just fly over zombies and it will shoot a missile at them or shoot them with bullets automatically.

New Abrams Tank will need to be manually shot as it does not shoot automatically.

Pills, Medkit, and syringe are the medical supplies, the food items are beans, water bottles, and chips.

Now zombies are attracted to gunshots, so be aware when shooting. Use suppressors to help the gunshot sounds be silenced.

Multiplayer could lag the game with this addon.

There is much more to see!

go see for yourself! 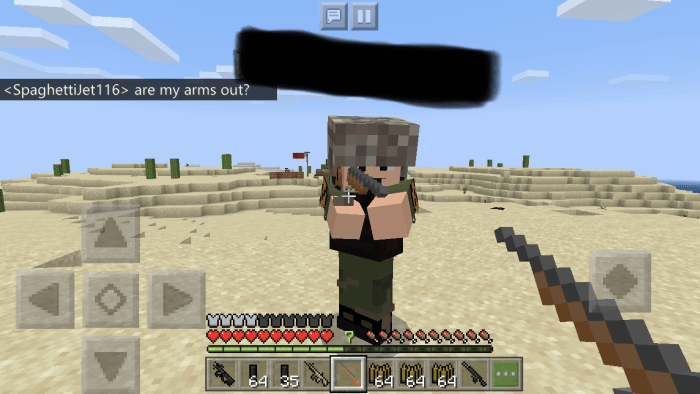 Also sometimes your arms will be out.

BE AWARE THAT THIS IS MY FIRST ADDON. Many changes will be added like more zombies, survivors. Guns may be broken for now, and a choice to keep or add ammo will be made later. Also if comments name says “A Tipton” in the name, that’s me. People have been giving me a hard time about it.

Zombies are attracted to gunshots

Survivors are attracted to flares

I had to remove guns because I’ve gotten rid of copyright from ActualGuns.

Added M2 Browning back in and an npc one in.

Much more to discover

Survivors will only reanimate if killed by zombie

Drop box will say That you can’t view .mcaddon files. Just wait a few seconds and a blue download button will appear. Click it then install into Minecraft.