This addon takes some of the characters, items and vehicles from the Star Wars universe and brings them to Minecraft. Come face-to-face with Darth Vader in an epic lightsaber duel or fly to through the skies with a TIE Fighter. If you are a fan of Star Wars then you definitely have to check this out.

The TIE Fighter (replaces the blaze) is a flying vehicle used by the Galactic Empire. Players can ride this vehicle and use it to fly long distances. However, to fly it requires “Force” which can be added by throwing snowballs at the vehicle. 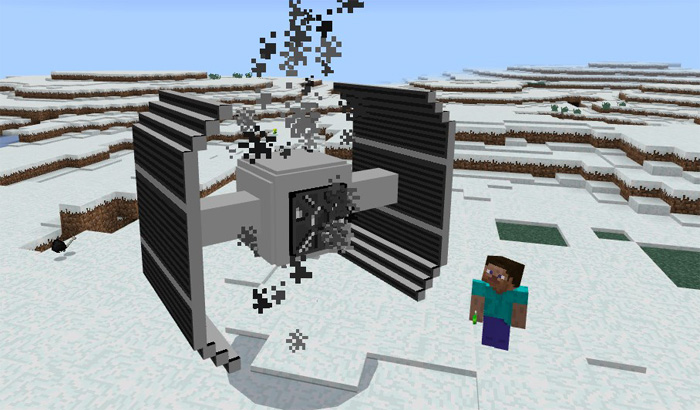 Throw a snowball at the vehicle to make it start flying. You can control the vehicle by holding a bowl in your hand.

Some of the mobs have been replaced by some characters in the Star Wars universe. For example, the iron golem is replaced by Chewbacca and he will even make those funny sounds. Brrwhhhaargh! 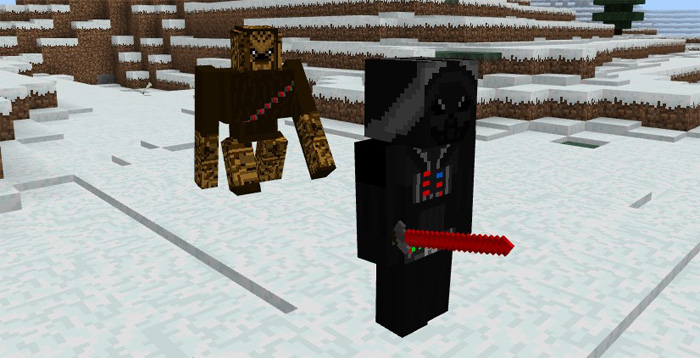