The Steampunk Robot Addon implements two really awesome features to Minecraft and they include mounted laser guns and a powerful robot suit. Both of these features are ones which the player can take great advantage of and use in-game. The Laser Guns are pure genius and the first time we see something like that in Minecraft: Bedrock Edition!

Laser Guns replace Guardians and the easiest way to get them is by getting them from the inventory in creative mode.

As you place them down you will notice that they are bouncing around. Just get up real close to them and they might choose you as their owner by sitting themselves on your shoulders.

The mounted Laser Guns will automatically detect hostile mobs within a close proximity of the player and quickly eliminate them with their laser. 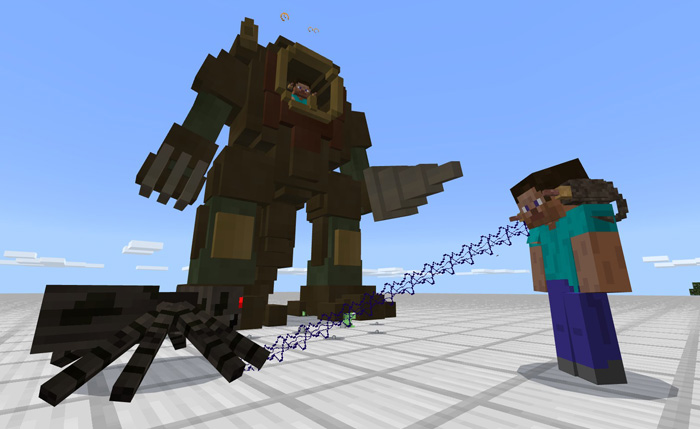 There is also a Steampunk Robot Suit (replaces creepers) and it can be used similar to riding horse. It can both run very fast and jump quite high with not ever taking any fall damage. 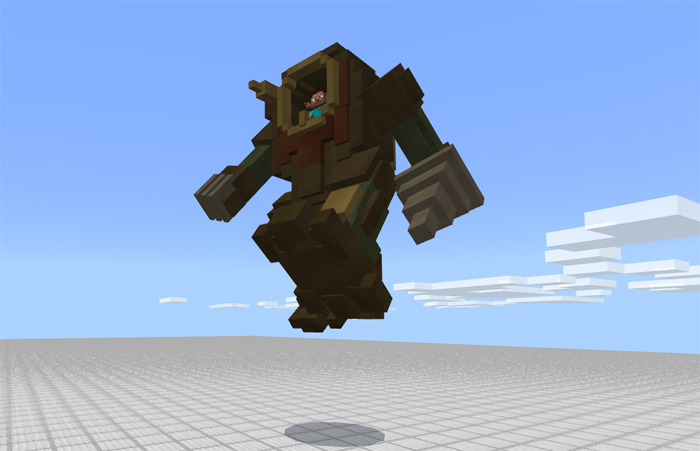 It will also perform some kind of stomping attack every now and then which will damage all mobs within a close radius of the robot. If it’s attacked or low on health it may also activate the Creeper Shield. 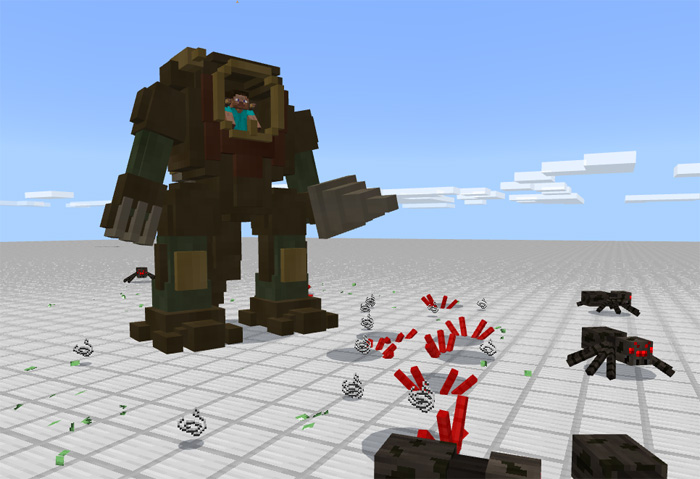